SAN FRANCISCO—The aunt of a 2-year-old girl was acquitted of child endangerment charges by a San Francisco Jury on Wednesday, July 8, one year after the incident that killed her niece.

Last year, Loyresha Gage was walking with her niece and nephew down Mission Street late at night. Gage’s niece, 2-year-old Mi’Yana Gregory, was left in the crosswalk while her aunt went back to the curb to retrieve the girl’s twin brother. According to reports, Gage was on her cell phone at the time and the do not walk signal was on. As Gage rushed back to her nephew, a car drove through the green light where it struck and killed Mi’Yana Gregory.

The hit-and-run incident was caught on surveillance cameras and the car is described as a 1990s white sedan. Authorities have yet to identify the driver of that vehicle.

Gage testified that the incident was a horrible accident, but was not endangerment or neglect, citing the fact that the street was clear that night when she began to walk across the street with her niece. At least one eyewitness supported her claim.

The family of Mi’Yana Gregory had varying reactions and testimonies in the months that followed the young girl’s death. Several relatives supported Gage and believed that she should not be charged with any crimes, while others believed the young aunt should be held accountable for her actions and should face punishment for what happened to her niece. After the incident, Mi’Yana Gregory’s father spoke out, asking that someone be held responsible for the death of his daughter. 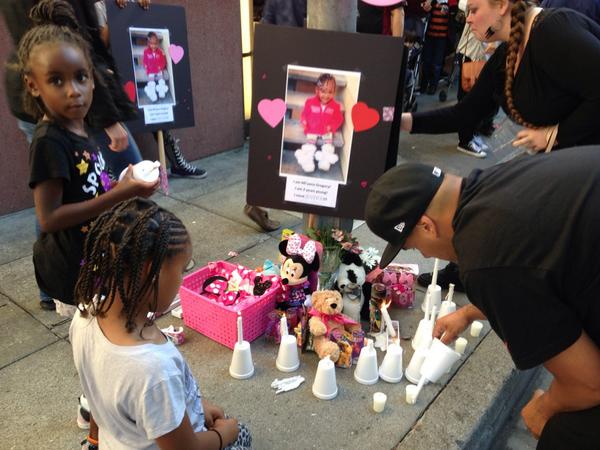 A vigil for Miyana Gregory.

Lil Yase Killed In Shooting Over The Weekend