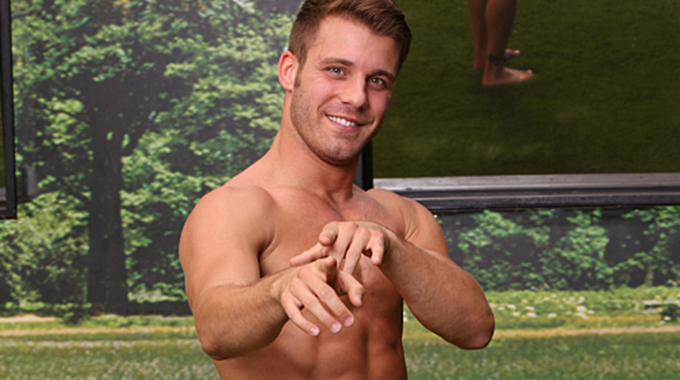 HOLLYWOOD—This week was so full of emotions that there was still some leftover from last week! But were the heightened tensions and sadness real or part of the houseguests’ strategy?

Sunday night we got to see the blow up between Paulie and Natalie that Bridgette hinted out before she was evicted. Prior to Double Eviction Night: Natalie doesn’t think Paulie’s flirtations are innocent, and tells Zakiyah, and Paulie ends up putting Natalie’s character into question. The one comment that ended up blowing up Paulie’s game for the upcoming week was when he called Natalie as fake as her boobs.

What were you thinking Paulie! Once Paulie found out James was flipping and Zakiyah would be the one evicted last Thursday, he started putting everyone’s loyalty into question. His behavior with Natalie burned his bridges with her and James, and his aggression towards Paul and Victor made them question if he was good for their game play.

The Head of Household competition was a memory game featuring Benny the squirrel. Two houseguests had to face-off each round and after Michelle, Nicole, Natalie, Paulie, James and Paul were eliminated, Victor was once again crowned HOH. Victor at first wants to continue with the Executives plan to continue getting girls out of the game, but Paul brings another idea to the table: Paulie and Corey.

America’s Care Package this week was gifted to Nicole! For the week she has “Super Safety” making her safe, but she has to wear a “Super Safety” costume for the week. In my opinion this safe card was a waste since Nicole doesn’t have a huge target on her back like some of the other players. At the nomination ceremony Victor follows through and nominates Paulie and Corey due to Paulie being a strong player and Corey being associated with him.

Cue emotional breakdown for Paulie in the diary room for his own position on the block and having to sit next to someone he considers a brother. Outside of the diary room, Paulie continues to act aggressive with the rest of the houseguests calling out the Executives for their lack of loyalty. Victor says he put Paulie up due to strategy and Paul tries to point out that eventually the Executives would have to go after each other.

The stress continues prior to the Power of Veto competition due to Paul purposely trying to rile Paulie so he won’t perform in the competition as well. Paul calls Paulie out on his lack of trust for Team PP and is soon joined by Michelle and James calling Paulie out for his lack of loyalty. James is especially still upset about what went down between Paulie and Natalie.

The moment Big Brother fans have either been waiting for or dreading: Zingbot! Zingbot has come to host the next POV competition, but gets in a few digs at the houseguests beforehand. I think the houseguest who got zinged the hardest was Nicole due to her past showmance and game play from her previous season.

The players for this week’s POV were Victor, Paulie, Corey, Paul, James and Nicole (Paulie’s houseguest choice). The competition is Zingbot for president and has plenty of digs at current and past presidents and presidential candidates. The houseguests have to shoot a bean bag at a map with different amounts of electoral votes. Each round the player with the lowest score is eliminated, but this is a competition where everyone playing wins a prize and someone who wins later in the games can trade their prize for a previous prize. In the end, Nicole got a vacation, Corey got the Patriotard costume, Paulie got an applie pie baking punishment, James got $5,000 and Victor got the POV!

Paulie breaks down in front of everyone during his first punishment where he has to bake an apple pie and wave a Zingbot flag while baking. Natalie gave Paulie a hug and Paul sympathized with the hard week Paulie has been having. During the POV meeting, Victor kept the nominations the same.

On Thursday, Paulie continued to spiral downward to the point of refusing to participate in his apple pie baking punishment. After a sweet pep talk from Corey, Paulie decides to fight to the end and continues his punishment while trying to campaign to Paul, James and Natalie to vote for him to stay. He promises loyalty and points out that he will continue to be a big target.

During the eviction speeches it was clear Paulie knew he was going home. He delivered a heartfelt goodbye to each houseguest and even kissed Michelle so she can get the “showmance experience.” After a vote of 5-0, Paulie was evicted and will be joining Da’Vonne, Bridgette and Zakiyah in the jury house. But this might not be the last we hear from Paulie or the other jury members! Julie Chen reveals that the first five members of the jury will get to compete to get back into the house.

Until Sunday, “Big Brother” fanatics and don’t forget that you can still vote for next week’s America’s Care Package! This package will let the recipient be co-HOH granting them safety and responsibility to nominate one person for eviction.