UNITED STATES—The suspect responsible for sending pipe bombs to prominent democrats, actors and various news outlets in 2008 has been sentenced to 20 years in prison.

Sayoc admitted to mailing 13 improvised explosive devices (IEDs) to 13 victims which included 11 current or former U.S. government officials with the intent to use the IEDs to cause harm. The charges included interstate transportation of an explosive, illegal mailing of explosives, threats against former Presidents, and others. 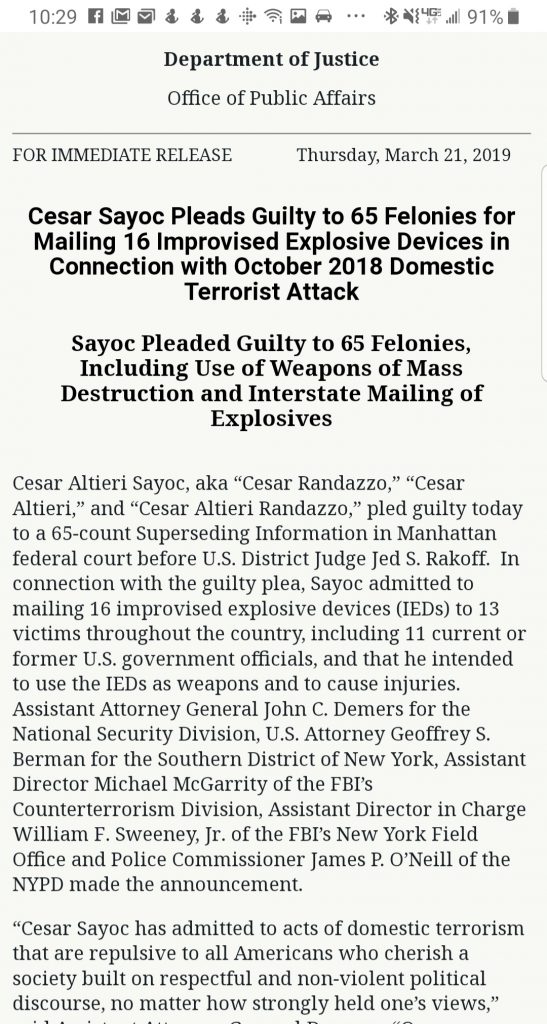 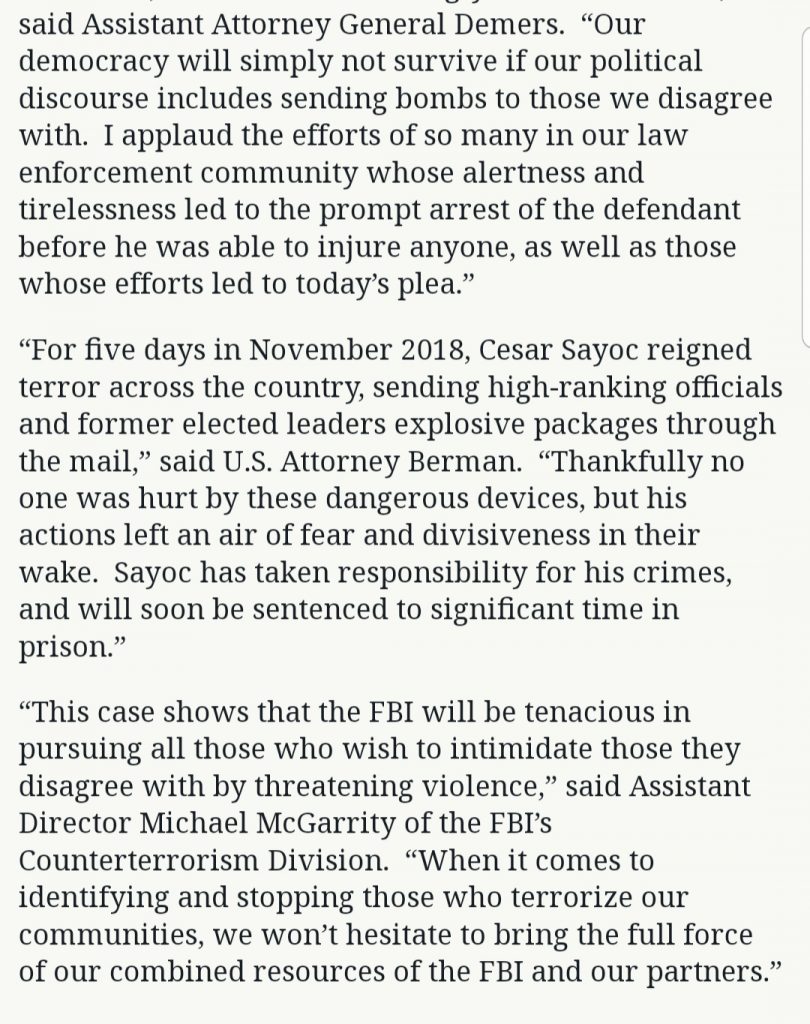 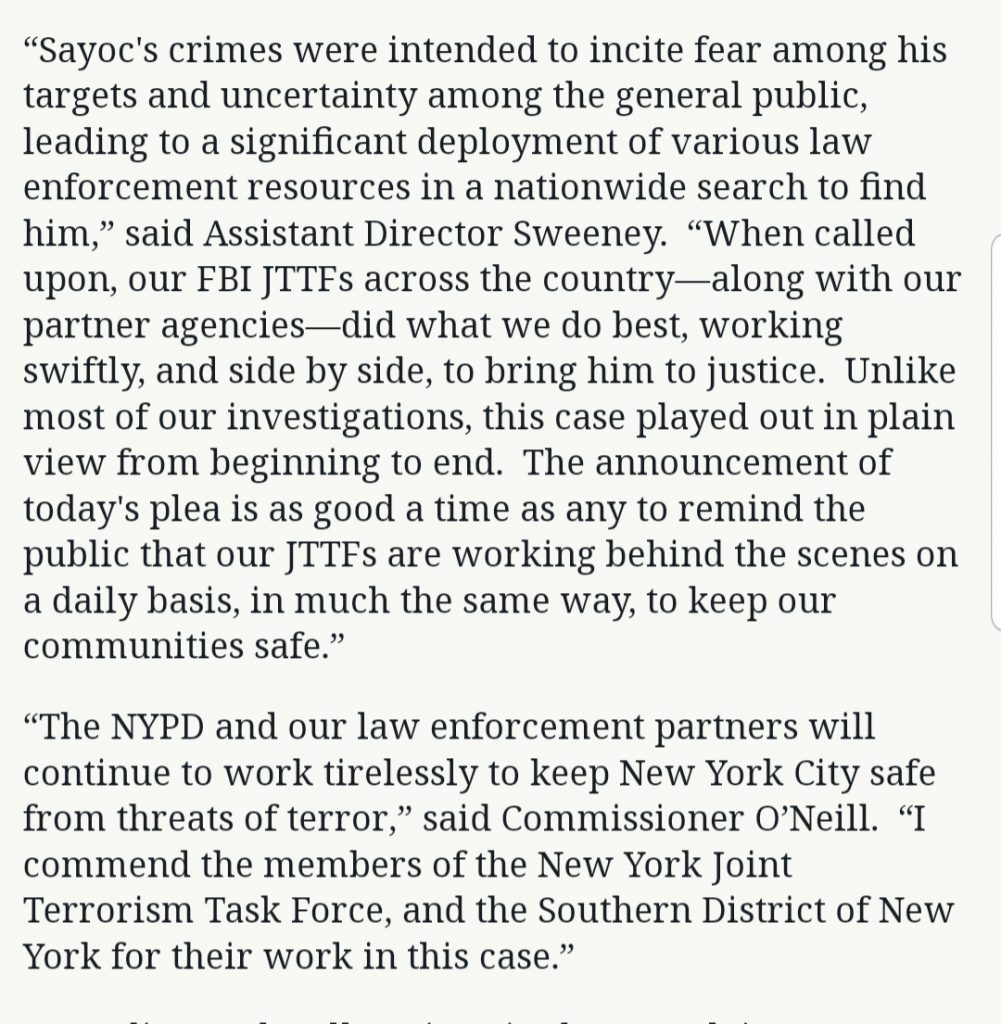 “Cesar Sayoc has admitted to acts of domestic terrorism that are repulsive to all Americans who cherish a society built on respectful and non-political discourse no matter how strongly held one’s views. Our Democracy will simply not survive if our political discourse includes sending bombs to those we disagree with. I applaud the efforts of so many in our law enforcement community whose alertness and tirelessness led to the prompt arrest of the defendant before he was able to injure anyone, as well as those whose efforts led to today’s plea,” said Attorney General Geoffrey S. Berman.

The Miami-Dade Police Department’s K-9 unit also searched a mail processing center in Opa-Locka, Florida. A post office in Los Angeles, California was also evacuated as a result of the threats.

Can We All Just Get Along?

“Welcome To Plathville” Is Quite Interesting!

Can We All Just Get Along?

May 28, 2022
Reach our newsroom now!
Start a Conversation
Reach the newsroom now on Whatsapp
The team typically replies in a few minutes.
Newsroom
Newsroom