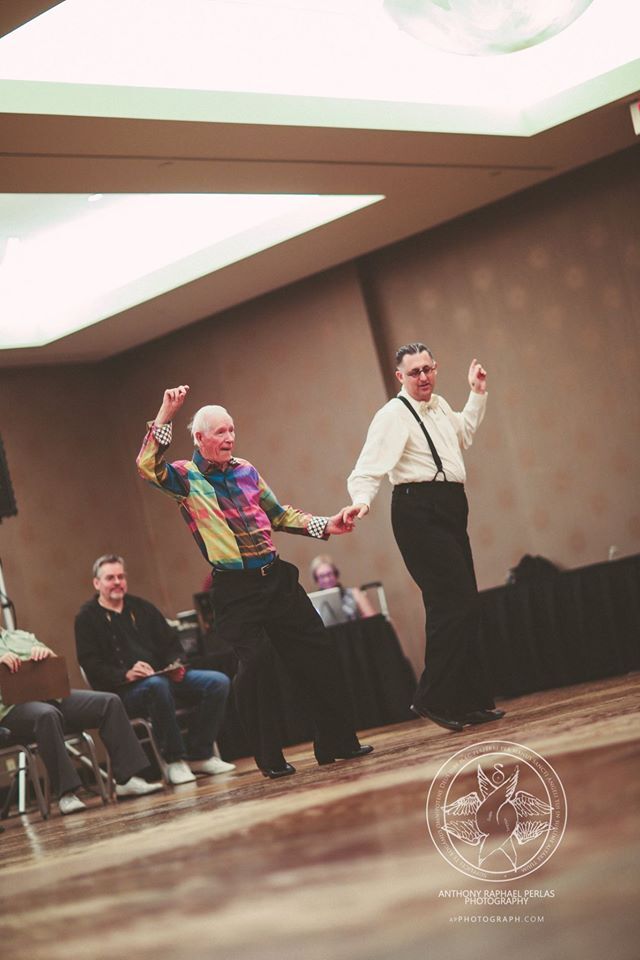 Over the past three years, Gipson, 44, had been both a judge and instructor for the championships; this was his first year as a competitor.

Although his background is in authentic Swing dance like—Lindy Hop, Balboa and Collegiate Shag, Gipson’s array of expertise also includes various Ballroom dances, Country, West Coast Swing, Salsa and Tango. Two decades ago, the San Diego native began dancing after he moved to the city and his college friends started a Gay Swing Dance Club in San Francisco.  Even after the monthly dances ceased, Gipson was hooked; he took over and began choreographing and organizing monthly Queer Jitterbugs, Queer Ballrooms and the yearly San Francisco Balboa Festival.

San Francisco News spoke to Gibson in an exclusive interview regarding his success. On being the champion of an event that had primarily hearing competitors, “I feel like my hard work has paid off,” said Gipson. “And, it really feels great to have my peers judge me so high.” The competition was judged entirely by fellow dancing instructors and experienced dancers.

Gipson’s win was sweetened by the fact that he had been overcoming difficulties with his hearing aids prior to the competition, prompting him to turn them down.  “I find them distracting,” said Gipson, “but use them when working with hearing people who don’t know sign.”

“When I learned to dance, I would study and study the visuals and repeat the teachers as much as I could,” explained Gipson. “But, when they lectured I would miss words. I tried to take notes like hearing people are trained to study, but it was difficult.”

Gipson used his own experience, and incorporated it into his own instructing methodology. “When I started teaching I didn’t lecture students. I showed the moves and danced with them and watched them, and made them repeat, repeat, repeat the movements.”

Gipson is currently in the final stages of completing his undergraduate degree in American Sign Language. When he’s not dancing, he can be found at ASL EPIC, a monthly all-ASL open-mic that features local poets, singers, storytellers and artists.

His best piece of advice for other deaf/HoH people who might want to start dancing? “Go for it! Ask me how. Check out SF Deaf Dance Festival with Antoine Hunter and get inspired!”  Gipson added, “I really need a partner who knows ASL.”

“As my hearing becomes less and less, I want to keep dancing and teaching,” asserted Gipson. “I love celebrating visual movement and visual communication!