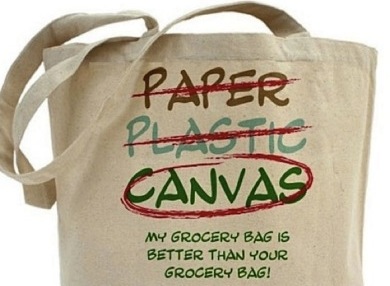 SACRAMENTO—The state of California made history last week by becoming the first state in the nation to ban plastic grocery bags. On September 30, Governor Jerry Brown signed the measure, which will become law on July 1, 2015.

In a statement on the governor’s website, he describes the law as a “step in the right direction.”

The legislation, which was authored by Democratic Senator Alex Padilla, intends to reduce the “torrent” of single-use plastic bags that have become the focus of an effort to limit pollution in beaches, parks and oceans.

The first phase of the law will prohibit the use of plastic bags in pharmacies and grocery stores only. Beginning in July 2016, the ban will apply to liquor and convenience stores.

The law is a victory for various environmental sustainability organizations like Californians Against Waste, Clean Seas Coalition and Save the Bay—whose executive director, David Lewis, stated, “Governor Brown’s signature of this [ban]…demonstrate[s] that California is once again willing to take the lead on important environmental issues.”