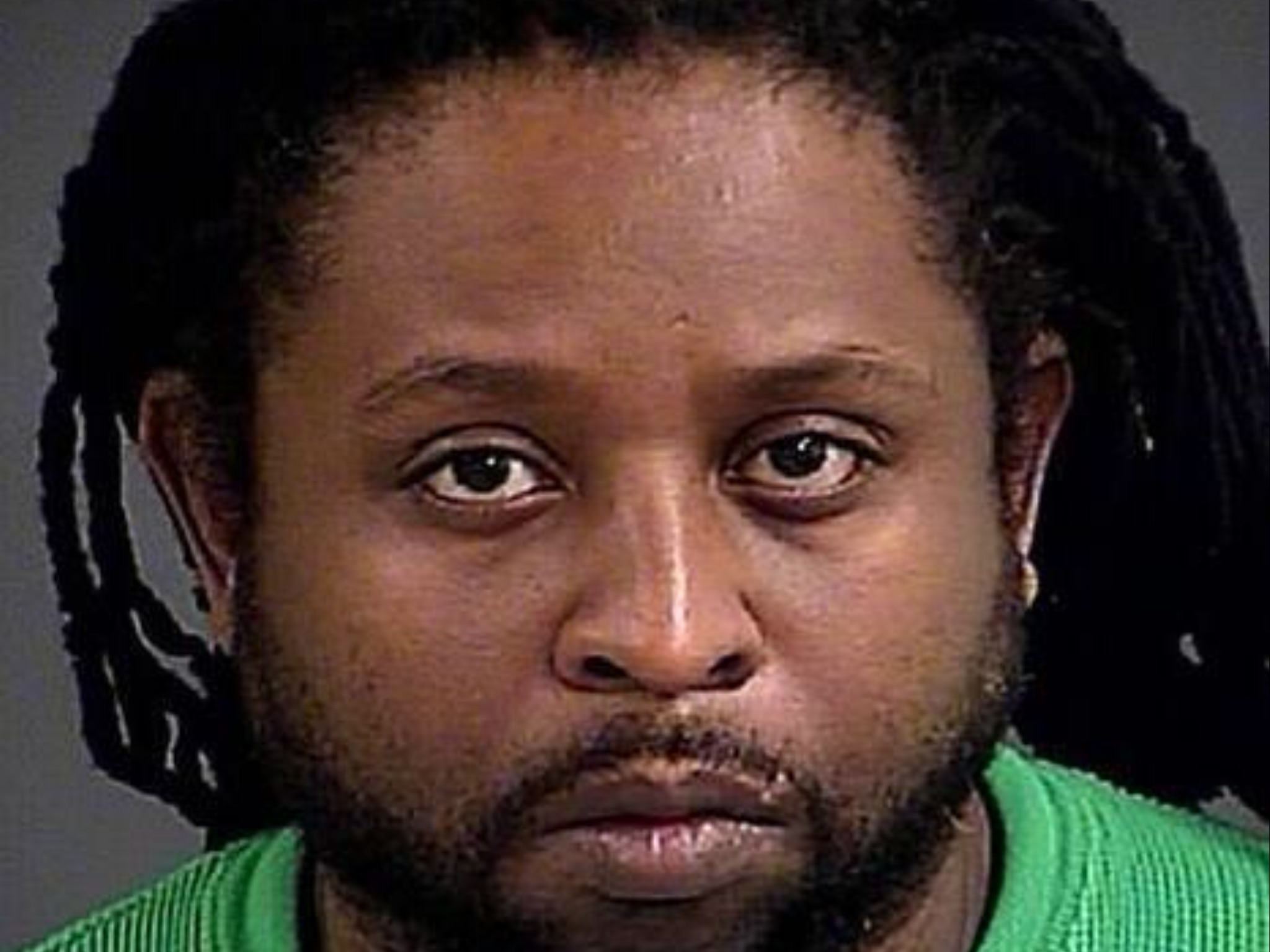 CHARLESTON, NORTH CAROLINA—The discovery of Caitlyn, a brown Staffordshire terrier who was found on the doorstep of her former owner’s home with her snout taped shut, sparked a manhunt in Charleston, South Carolina for a ruthless animal mutilator.

Caitlyn, formerly known as “Diamond,” was sold on Memorial Day for $10 by her original owners, who were having behavioral issues with the pup.

That was the last time Caitlyn’s original owners saw her. She returned to her doorstep, the one safe haven she knew, with her mouth taped tightly shut with electrical tape.

Caitlyn’s tongue was trapped between her teeth, cutting off all circulation to the organ and making it appear black. Recognizing the severity of her condition, her former owners dialed 911, prompting authorities to send the wounded pup into the care of the Charleston Animal Society.

The dog’s former owners were quickly able to identify 41-year-old William Leonard Dodson as the man they sold Caitlyn to. Monday, Dodson was arrested and charged with ill treatment of animals and torture. He is currently being held on $50,000 bail.

Dodson, who was already free on $100,000 bond after his arrest for possession of cocaine and unlawful carrying of a pistol, has also been ordered to give up another dog that he owns.

For her part, Caitlyn has undergone a number of procedures to heal her damaged mouth. The Charleston Animal Society society remains optimistic but also realistic concerning the prospects of her recovery.

“Caitlyn continues to recover from her ordeal, but she is still hospitalized,” The CAS wrote in a Facebook post Monday. “She has graduated from intravenous fluids and antibiotics to normal food and oral medications. She continues to receive hyperbaric treatments to improve the health of the damaged tissue in her mouth and cold laser therapy to promote healing.”

“She underwent a small surgical procedure on her lip yesterday, but there is not currently a procedure planned for her tongue. We are still waiting to see how well her body will heal on its own. We have the greatest of hopes for this beautiful girl!”

Caitlyn’s care has been paid for by a local charity known as Toby’s Fund. Anyone who would like to contribute to the fund may do so by clicking Here.

We will update our readers on Caitlyn’s condition as soon as more information comes to light.