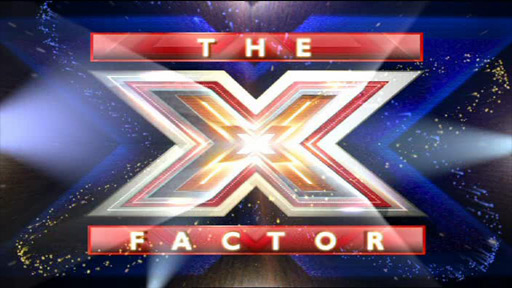 HOLLYWOOD—Hollywood celebrities sent out messages of support during troubled times. Hurricane Sandy took down Atlantic City to the beloved pier in Seaside Heights in New Jersey along with the Eastern Seaboard. The city of Seaside Heights which was home to MTV’s “Jersey Shore,” was a surreal scene to see the roller coaster from the famous Funtown pier, plunge into the ocean. The devastation has created loss of lives, homes, 8 million customers without power, and long gas lines that stretch for miles. It is hard to believe that seven years after Hurricane Katrina, that things in the northeast are going in such a slow pace in the aftermath of Hurricane Sandy.

Frustrations rose and tempers grew short amid the mass of people. Electricity, as of press time has been out for some for at least five days. Gas is nearly impossible to find and some gas stations have lines of cars stretched out for miles, while being rationalized. Almost a week after Hurricane Sandy devastated New Jersey, the state is still in a crisis. Celebrities including Jon Bon Jovi, Bruce Springsteen, Zach Braff, TLC’s “Cake Boss” Buddy Valastro, and many more were sending messages of love and positive energy for the east coast. While some celebrities who experienced the impact for themselves, such as Victoria Secret’s model Miranda Kerr and Ivanka Trump, braced themselves for cold, dark nights in New York City. On November 2, the Boss (Bruce Springsteen), Jon Bon Jovi, Sting, Billy Joel, and Christina Aguilera sang at a benefit concert and telethon for the American Red Cross relief efforts, “Hurricane Sandy: Coming Together.” The one-hour concert was hosted by Matt Lauer of the “Today” show and took place at “NBC’s Rockefeller Plaza” studios.

Coming together at the time of tragedy, generosity was of abundance. Tracy DiMarco of Style’s “Jerseylicious,” filled her personal vehicle with groceries to hand out to her local shelter. People were quick to generously donate money to the American Red Cross to help aid the victims of Hurricane Sandy. While millions along the east coast were struggling in the aftermath of Sandy, some Hollywood celebrities could not resist the urge to party. According to Page Six, stars including Leonardo DiCaprio, Russell Crowe, Jay-Z, Beyonce, and Dita VonTeese were partying at a lavish bash at Cipriani 42nd on Halloween.

The good news, is for those who had power, they turned to TV to watch “The X Factor”  show with Khloe Kardashian and Mario Lopez as their hosts. They both seem to have fantastic chemistry together as co-hosts. It is hard to believe that Britney Spears, according to published reports, gets a whopping $15 million salary on the show. However, while Demi Lovato, Simon Cowell and L.A. Reid are among the fan favorite judges, Britney Spears has proved to be the second-most-expensive mistake that Simon Cowell has made.

Rose’s Scoop: Another show on ABC Family that is coming to an end, is a favorite among the teens, “The Secret Life of the American Teenager.” The show is ending with a Christmas special. A special thank-you goes out to my friend Seema Malhotra for allowing me to use her Wi-Fi during the aftermath of Sandy. I am still without electricity or power, and with limited cell service.

May 19, 2022
Reach our newsroom now!
Start a Conversation
Reach the newsroom now on Whatsapp
The team typically replies in a few minutes.
Newsroom
Newsroom