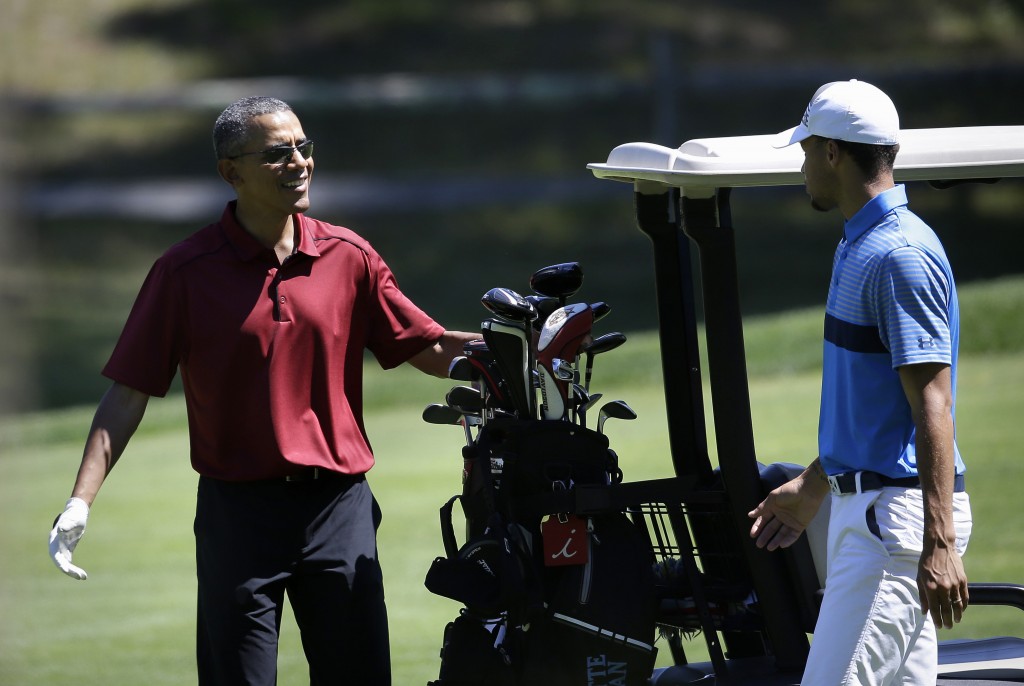 MASSACHUSETTES—Stephen Curry has had quite the summer.

The Golden State Warriors guard was named the NBA’s most valuable player, led his team to their first NBA championship in 40 years and his wife, Ayesha Curry, gave birth to a healthy baby girl in July.

Not to mention his other daughter, Riley Curry, became a social media superstar, his team re-signs Draymond Green to solidify a roster for next season with pretty much the same championship squad and he spent a week in Las Vegas as a part of Team USA’s minicamp preparing for potentially his first Olympic appearance in Rio.

On Friday, August, 14, Curry played a round of golf with the president of the United States Barack Obama.

Curry was the guest of the POTUS at Farm Neck Golf Club in Oak Bluffs, Massachusetts on Martha’s Vineyard.

The 27-year-old plays golf frequently in the off-season and has played on some of the world’s best courses.

This week he teed off with some of the world’s best company.

According to The Hill, Curry’s dad, Dell, and fellow NBA sharpshooter Ray Allen joined Curry and the president. Allen played with the president on Wednesday as well, along with former Miami Heat star, Alonzo Mourning.

Obama is in the midst of a two-week vacation on the popular summer getaway island, where the first family has traveled almost every summer since he took office.

Curry first met the president when he visited the White House in February. The former Davidson guard will get to return to the president’s home again next year when the Warriors are invited to the annual celebration of the NBA champions.

Perhaps the pair can see who has the better jump shot and not the better swing.

The Golden State Warriors begin their 2015-16 season at home on October 27 against the New Orleans Pelicans.

When Will Sports Go Back To Normal