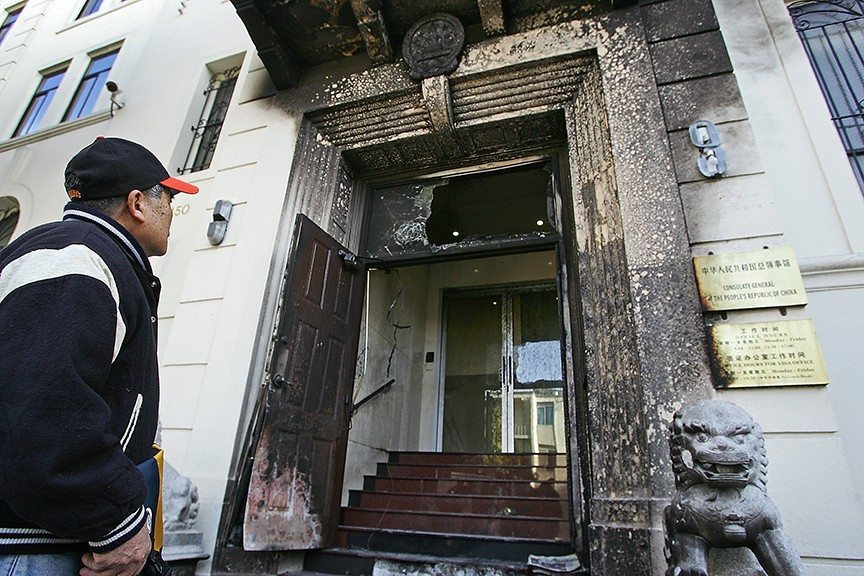 SAN FRANCISCO—The Daly City resident who set fire to the San Francisco Chinese Consulate was sentenced to 35 months in prison on Thursday, December 1.

On January 1, 2014, Chinese native Yan Feng, 42,  lit San Francisco’s Chinese Consulate on fire, claiming that he was urged by Mandarin voices “inside his head”, according to police.

Feng was taken into custody and charged with Offense to the Property of a Foreign Government and arson.

Feng pled guilty to both charges in court and admitted that he was in possession of three containers filled with gasoline, and that he had lit one of them on fire outside of the institution, according to reports.

The incident was captured on surveillance cameras and prompted Chinese government officials to request that the United States provide better protection for their diplomats.

Feng’s lawyer said that the voices his client heard “coming from the building” could be the result of a mental illness.

The Office of the Federal Public Defender stated in its sentencing memorandum that, “this was the sad attempt by a tortured man to deal with untreated mental illness.”

“Mr. Feng had struggled to deal with the voices that had berated him for some time…In many respects, this offense is best characterized as an extraordinarily misguided attempt to get help,” the memorandum states.