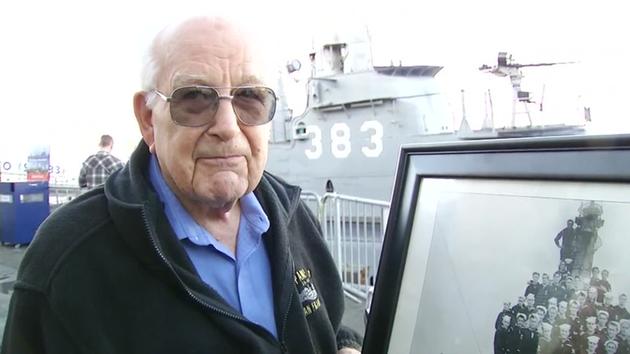 Stimler, a Southern California native, served as a radio technician on the submarine from 1944 until the end of World War II in 1945, in his 20s. He is reportedly one of only two male survivors of the USS Pampanito crew.

Stimler shared with ABC7 News that the ship looked “pretty darn nice,” and that “the overhaul made her look pretty.” He then stated that the ship was far less “pretty” during wartime.

He described the biggest highlight of his service: when the USS Pampanito rescued English and Australian prisoners at sea. Those prisoners were survivors of a sunken ship that the United States army attacked.