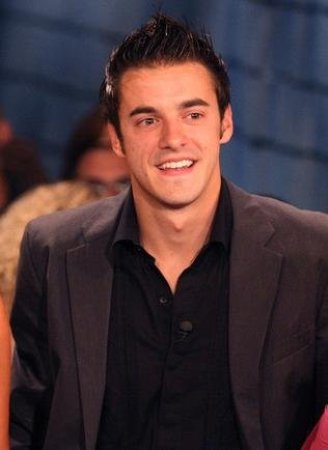 HOLLYWOOD —Well in just one week a new winner of “Big Brother” will be crowned.   After all of the backstabbing, lying, deception, crying and fighting the house has whittled down to our final four: Danielle, Ian, Dan and Shane. Dan has managed to convince the newbies he’s the best choice to take to the final two if they want to win; will somebody, anybody please open their EYES!

As much as you may despise the guy for his antics, he’s one hell of a player; take that as a compliment as Dan hails from my home state Michigan, as well as my alma mater Michigan State University. If there’s one thing everyone should know about Spartans; we’re fighters!   Of course each of our contenders has equal arguments as to why they should take home the $500,000 prize.

For starters, Danielle has been on the block almost as many times as Frank; notably as a pawn, but lucky for her she was never at risk of going home.   After being nominated two weeks in a row she managed to escape, how that happened surprises me as you’d think the other coaches would have devised a plan to take out Dan’s remaining player, taking him out of the game also.   Of course, she’ll make the argument that she took out “Big Brother” fave Janelle (actually she didn’t Mike did), but she did control her fate as Head of Household.   Beyond that she hasn’t done much of anything else.   Dan pretty much carried her to the end.

Shane started as a powerhouse, winning three consecutive Power of Veto comps and two Head of Household competitions.   Since then he has done very little in the game becoming almost non-existent.   He became completely fluttered when confronted by Boogie and Frank about his nominations and threw his closet ally Britney under the bus.   He was very close to walking out the door Wednesday had he not won the Power of Veto which forced Ian to replace his nominee with Danielle.   While he’s a great competitor, his social game and strategy is non-existent.   He listens to what others have told him instead of making his own moves.

Ian is a wild card.   At first I despised the kid, for being such a backstabber to both Boogie and Frank who were loyal to him, but as the game progressed it was obvious he was a manipulator at the core until the last few weeks.    He played both sides of the house, making him oblivious as a threat, however when it came time to win competitions he was a force to be reckoned with.   Heck he’s won three HOH competitions and one Power of Veto.   He was responsible for sending home perhaps two of the strongest competitors this season Frank and Mike “Boogie.”   His fatal mistake may have been double crossing Frank though as he could be the deciding vote from the Jury.

Dan is a master manipulator.   Take a look at season eight and its obvious how he took home the prize he did as much as possible to stay out of confrontations.   Even if it was inevitable he distanced himself from the craziness.   He took out two of the biggest threats to his game Britney and Frank.   Dan literally created an alliance with his sworn enemy, staged a funeral that shocked the house and backstabbed as many friends as possible to make it to the end.   The issue is those lies might cost him as he toyed with so many people’s emotions: Britney and Frank to be exact.

Frank deserves to be in the final two as he’s fought an arduous journey since the first week in the house.   He’s been nominated a total of six times. He won three HOH competitions and three Power of Veto comps.   He created a few conflicts in the house, but his one mistake was not exposing Dan before being booted.   Had he done so things may have turned out in his favor.

So “Big Brother 14” is coming to an end.   Who do you want to take home the prize?    I’m hoping next summer is an All-Stars edition of “Big Brother” it’s long overdue and who wouldn’t want to see Evel Dick, Will Kirby, Daniele Donato, Rachel Reilly and Frank Eudy all in the same house.   All I can say is that it would be must-see TV!