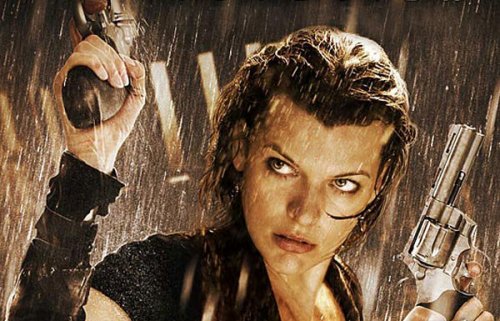 HOLLYWOOD —How often does a franchise get to the point where it has five chapters? Not often, unless it’s a horror franchise from the 80s, but the “Resident Evil” saga lives on in “Resident Evil: Retribution.”    Stepping in once again in the title role is Milla Jovovich as Alice, the gun-totting survivor determined to put an end to the wickedly evil Umbrella Corporation.   It always appears just when you think Alice has gained the upper-hand, her former employees deliver a curve ball that she never expected.

In this chapter, the T-Virus unleashed by the Umbrella Corporation is continuing its devastation on the planet, but has reached proportions never expected as New York City, Moscow, Tokyo and Washington D.C. feel the burden of the deadly virus.   That is perhaps one of the fascinating aspects of the movie; knowing at any given point that you could become infected and just what the people around you would do in that situation.   Would they stand by your side or take you out in fear of them becoming infected?

The “Resident Evil” films do a great job of exploring an epidemic and the aftermath of that event on the human psyche; the will to fight, to survive, to care for others in need. The excitement for this fifth chapter marks the return of fan favorite Michelle Rodriguez as Rain Ocampo.   The obvious question is how that is possible considering she died in the first installment?   Well the Umbrella Corporation created clones of our favorite bad-ass.   The audience should expect some visceral combat scenes between Jovovich and Rodriguez.

This installment of the franchise like its predecessor is presented to the audience in eye-popping 3D.   I will acknowledge I thought the 3D in “Resident Evil: Afterlife” was non-existent, I’m hoping this time around it’s more prevalent on the screen.   Just by looking at the TV spots it appears quite a few objects will come flying at the screen.    While the picture was not screened for critics in advance I’m sure this will not stop fans of the video game from heading to the multiplex.   Considering there’s not much in theaters now, it should be easy for the action flick to take the top spot at the box-office.