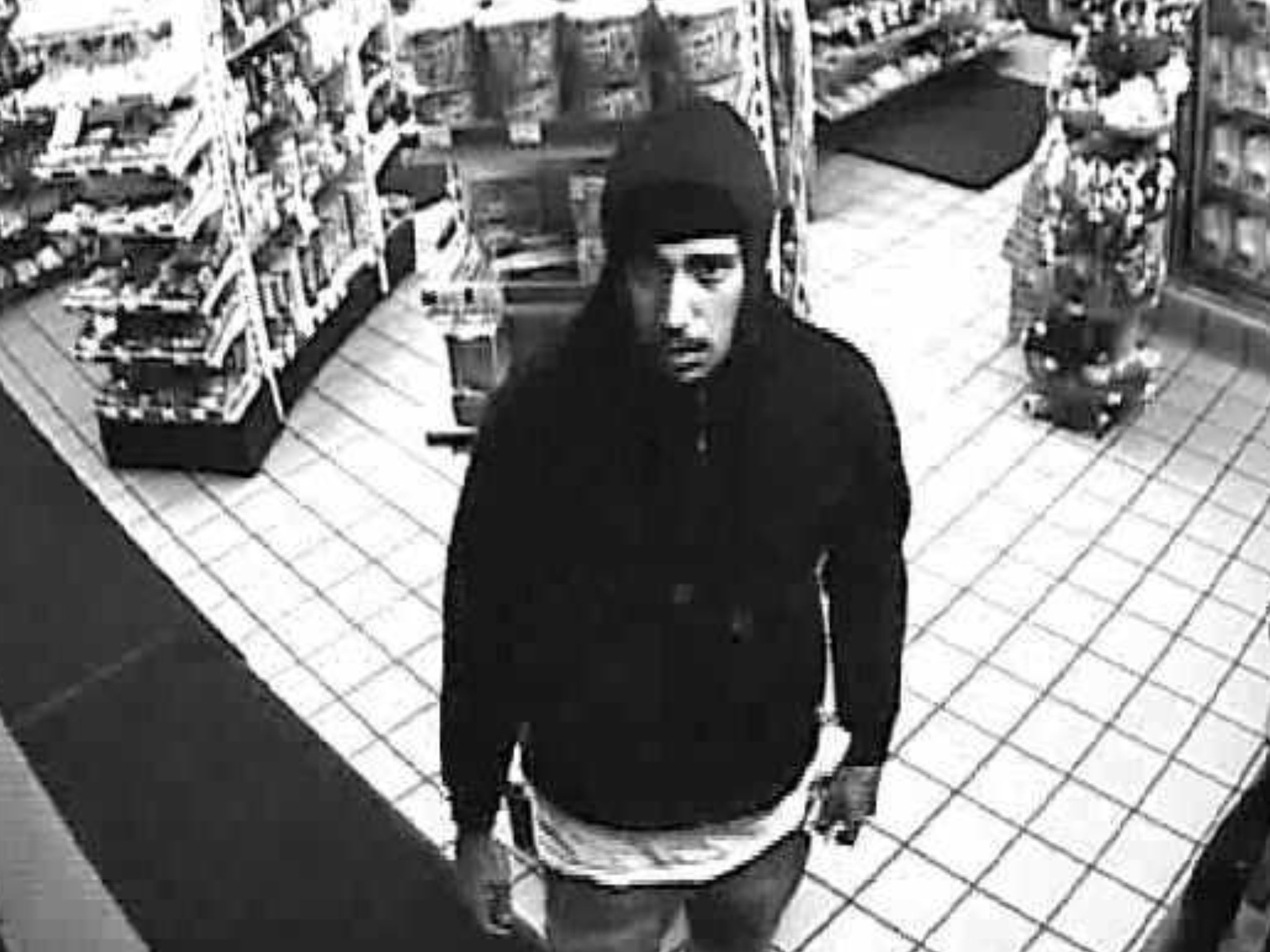 SAN FRANCISCO—Disturbing surveillance footage of a clerk running for his life from behind the counter of a South of Market gas station has been released by the San Francisco Police Department.

The footage, released on Thursday, June 11, depicts the clerk sprinting away from a hooded gunman who fires four shots at his fleeing victim.

At approximately 2:40 a.m. on the morning of May 19, two suspects dressed in black hoodies walked into the Shell gas station located at the intersection of Harrison and Eighth Streets.

After walking around the store for several minutes, the suspects approached the counter and engaged in a short conversation with the clerk. For a brief moment during this interaction, one of the suspects looks directly into the camera, affording a valuable glimpse into his appearance.

Minutes later, the suspects demanded the clerk hand over the cash in his register. Instead of obliging, the clerk sprinted from the store, a move that prompted one of the suspects to open-fire in his wake.

After all four shots missed their target, both suspects entered a light colored sedan and fled the scene. They were last spotted traveling southbound on Eighth Street in the direction of the I-80 on-ramp.

Per law enforcement, there may very well have been a third suspect, the getaway driver inside the vehicle.

One suspect has been described as a man with black hair and brown eyes in his early 20s, standing at 6 feet tall and weighing 120 pounds. At the time of the robbery, he was wearing a white shirt, blue pants, and white shoes.

The second suspect is also a brown haired, brown-eyed man in his early 20s, standing at 5 feet and 5 inches tall, and weighing 120 pounds. He was captured on surveillance footage wearing a black Raiders hoodie, blue jeans, and black shoes.

Anyone with information that could lead to the capture of the suspects is asked to contact the SFPD anonymous tip line at (415) 575-4444 or text a tip to TIP411 with SFPD at the beginning of the message.

BART Partners With Mobilite For 5G

BART Partners With Mobilite For 5G