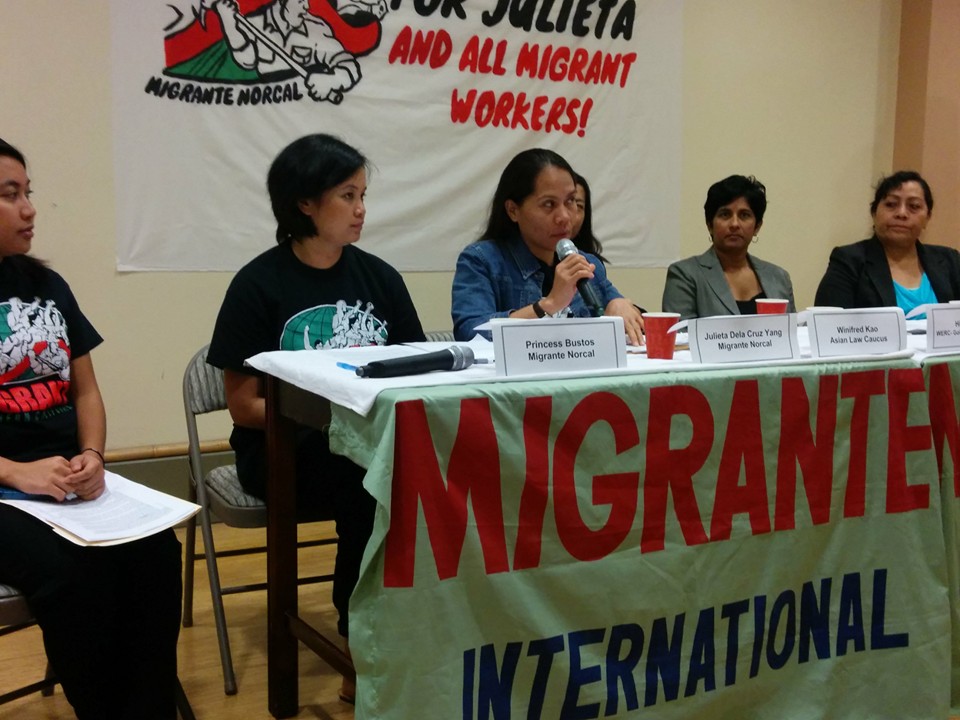 SAN FRANCISCO—On Wednesday, October 7, a suit was filed in San Francisco Superior Court against two executives at high-profile tech companies for alleged wage theft and sexual harassment. The defendants, Cameron Poetzscher and Varsha Rao, are a married couple. Poetzscher is the head of corporate development for Uber, and Rao is the head of global operations for Airbnb.

The plaintiff, 45-year-old Julieta Yang, was a live-in housekeeper for the couple for seven years. She started working for them in 2008 in Singapore, and moved with them to San Francisco in 2013. She quit her job on April 15, 2015.

Over the course of those seven years, Yang claims she was repeatedly subjected to unwanted sexual advances from Poetzscher. She also worked many hours which she did not get paid for.

The couple paid Yang $450 a week for her labor, according to contracts that she signed stipulating that she would work 30 hours a week for $12.50 per hour. Yang says that she frequently worked for 9 to 10 hours per day, six days per week without legally mandated breaks.

The suit lists a myriad of inappropriate actions taken by Poetzscher towards Yang. According to the lawsuit, he would frequently walk around the house naked while Yang was working, even on the first day that she started working for the couple. He made requests for Yang to rub lotion on his back, and suggested that she perform sexual favors for him: “On one occasion, Defendant Poetzscher propositioned Plaintiff Yang to perform ‘handwork.’ When Plaintiff Yang said she did not understand his request, he feigned surprise that she did not understand the term. He then asked whether she wanted to earn extra money doing ‘massage.’ Plaintiff Yang said no.” Poetzscher also accursedly masturbated in from of Yang, and groped her on one occasion.

Yang announced the suit at a press conference at the Bayanihan Community Center, alongside her lawyers, Winnie Kao from the Asian Law Caucus, and Hina Shah from the Women’s Employment Rights Clinic at Golden Gate University School of Law. She is working with Migrante San Francisco, the local branch of an international organization that fights for the welfare of Filipino workers. She wants to bring attention to her case so that change can happen for other migrant workers who might be in similar situations. “I’m not alone. I want other migrant domestic workers to know that they don’t have to work under conditions like this either,” said Yang.

Poetzscher released a statement through a spokesperson calling the claims made in the suit “completely and utterly false.” The statement says that the couple will make no further comments on the case.