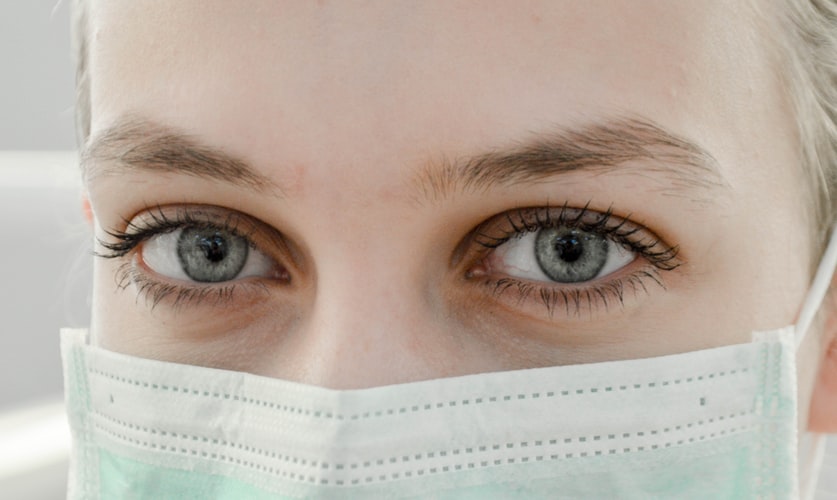 UNITED STATES—Listen, I’m wearing a mask, er bandana until I can find a mask. It’s been weird and amazing these last eight days of quarantine. I see it all from my pinhole, onto the world, Hollywood, USA.

Weird times. Like I wouldn’t be surprised if somebody stopped me at Hollywood and Vine and offered to sell me a circus.

But I want to make a point here: even if it seems we’re doing nothing but sitting around and eating or talking on the phone, what we’re doing is doing something extraordinary. We are retarding the spread of the disease for which there is no virus yet. And we’re doing something more: we are taking part in an endeavor that brings us all together even as we learn to stay six feet apart. This is just the meaningful and noble project the country has been yearning for for decades.

When I was a teen and then an adult, no one asked me to sell war bonds, or use gas rationing coupons, or make bandages for the Red Cross. My ancestors, on whose shoulders I stand, did these things. Now at last comes the call to give, sacrifice and take part in something for the greater good.

I liken this medical crisis to the end of the Battle of Britain when the Nazis were bombing the heck out of London. There was upheaval, sudden death, the stoic populace sleeping in subways, and yet the grand and irrepressible spirit of a nation asserted itself.

The coronavirus uniquely pits us in a struggle where the enemy and the solution is me—and all the 300 million plus other me’s in our borders. The whole approach boils down to assuming I may be truly scary to any other man, woman or child on the planet. Hey, I could be the bringer of death. It’s that simple. If you are mystified about what to do now, remember this silly refrain: six feet apart or six feet under. And wash those hands!
When we start seeing the results trickle and then flow in our land, it’s going to feel good. This is a great American moment, a turning point.

Consider the news out of China on Tuesday: Wuhan City and its province, Hubei, will be re-opened on April 8 after being closed off from the outer world for two months to prevent the spread of the coronavirus. No new cases are being reported in Wuhan, 574 miles north of Hong Kong was the focus of the Covid-19 outbreak.

In Italy on Monday, where people have been living over two weeks in complete isolation, the number of new cases dropped 771 from the day before. Likewise, the death toll steadily moves downward from 793 last Saturday, to 651 on Sunday to 602 last Monday. Also, the number of new cases has started dropping to nearly 700 Tuesday, 600 Monday and 651 Sunday, as reported by the Associated Press.

Where do we stand between ultra-quarantine-observant China and ultra-social Italy? In the land of anti-pasta and Chianti 100,000 people have been hit with stiff fines for lollygagging and frivolous outings. The death graphs for China and Italy tell two tales: China’s has flattened out so far at around 3000; meanwhile in Italy death is on a nearly vertical slant still, upwards of 6000 dead due to the virus.

Our country is somewhere between the two nations. We tend to focus on individual freedoms, unlike China, a culture that traditionally places greater importance on group needs. It’s up to us how we deal with the crisis and foster, as individuals, the level of participation the retard the virus and once again enjoy our precious freedoms of conversation, commerce and a guilt-free handshake.

Quarantine etiquette is a work in progress.

Do not berate yourself or fall prey to fear. Easy does it. Simply grow in awareness, and be ready to politely excuse yourself from the gesture of an impending handshake saying, “I appreciate the good intention. Thanks for a metaphysical handshake.”

This gift of time during the quarantine is a precious one.

During the London Blitz, another wizard of fiction, Graham Greene, wrote a whole novel in just six weeks, quite a good one, fueled by Benzedrine (speed) essentially to leave a little extra inheritance to his family. Such motivations rise out of troubled times.

Greene later remarked, “I was to all intents ghosting a novel by an old writer who was to die a little before the studio in which I had worked was blown out of existence.”

So write your novel, finish that paint by numbers, binge watch “Curb Your Enthusiasm,” season a cast iron pan, sort your tax papers. Fear not the microbe. Harken the very high cause of saving lives and redeeming our nation and bringing us together at last.
Anyway, I am wearing my bandanna.

Graydon Miller is the author of the acclaimed story collection, “The Havana Brotherhood” and contributing editor to the bi-lingual anthology, 80 mph.

Humidity Is The Other Weather