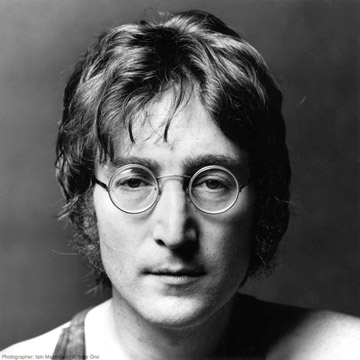 HOLLYWOOD—They were too young to die. They became rich and famous, experimented with drugs and were some of the greatest musicians of all time. Was it a coincidence that some of the great musicians died at the age of 27? Whether it was Jimi Hendrix, Janis Joplin, Kurt Cobain, Jim Morrison or Sid Vicious, they left behind a legacy of songs that will relish with every generation.

One of our greatest figures of music that left a legacy of songs as well was John Lennon. It’s hard to believe that he would have turned 72 this past October. Lennon’s life was tragically cut short by four bullets from an assassin’s gun. He died 32 years ago on December 8. Despite his incredible heights of fame, he was always John Lennon. Granted he was a different figure from the days of the Beatles, but through it all, he was still John Lennon.
What can we say about John Lennon? He was one of the greatest musician, singer, songwriter, author and activist of the 20th century. In his lyrics he wrote about peace and love. He literally changed the world with his music, words, and his open-mind to living life.

He constantly had the ambition to continue to produce better songs, find new sounds and moved rock music to the next level. Lennon along with Paul McCartney became the most successful songwriting team of the century. Their love of music will be passed from generation to generation. Due to the explosion of the Beatles, his marriage to first wife Cynthia ended in divorce and produced one son, Julian. It wasn’t until 1968, that he would meet the love of his life, Yoko Ono, who became his second wife.

John loved New York City and in the early 1970’s he moved with Yoko to where he felt at home. The changes began, his outspoken opposition to the Vietnam War, put him on the radar and under the eyes of big brother, the FBI. It didn’t stop there; he made headlines with the role of house husband and father when his son, Sean was born. His album “Double Fantasy,” was released about a month before he was killed by Mark Chapman.

Lennon’s music continues to live on, even in 2012. Whether it’s John solo, or a duet with Elton John or the Beatles, it’s still heard everywhere in the world. It takes an amazing phenomenal artist to touch the hearts and minds of younger generations. Whether it’s “The White Album,” “Plastic Ono Band,” “Help,” or “Imagine,” he continues to deliver his messages.

Whether you are of a certain age or just a music lover, everyone has heard of John Lennon or the Beatles. John has touched the hearts of millions around the world and it’s hard to believe he was taken from us in such a brutal matter. He was murdered, point blank in cold blood by a crazed fan. After all these years it’s still hard to fathom such an insane act of violence. He unselfishly gave his music to the world and it is only fair to remember him on the day he was tragically taken away from his fans.