UNITED STATES−Pentagon officials reported that Iranian Major-General Qasem Soleimani was killed in a U.S. airstrike on Thursday, January 2 in Baghdad. The airstrike took place at Baghdad’s International Airport. The U.S. Department of Defense made the announcement in a press release on January 2.

“At the direction of the President, the U.S. military has taken decisive defensive action to protect U.S. personnel abroad by killing Qasem Soleimani, the head of the Islamic Revolutionary Guard Corps-Quds Force, a U.S. designated foreign terrorist Organization.
General Soleimani was actively developing plans to attack American diplomats and service members in Iraq and throughout the region. General Soleimani and his Quds Force were responsible for the deaths of hundreds of American and coalition service members and the wounding of thousands more.

He had orchestrated attacks on coalition bases in Iraq over the last several months – including the attack on December 27th – culminating in the death and wounding of additional American and Iraqi personnel. General Soleimani also approved the attacks on the U.S. Embassy in Baghdad that took place this week. This strike was aimed at deterring future Iranian attack plans. The United States will continue to take all necessary action to protect our people and our interests wherever they are around the world,” said the U.S. Department of Defense in a statement.

“Soleimani is our leader” was written in graffiti on the U.S. Embassy building in Baghdad during an Iranian led attack earlier this week. 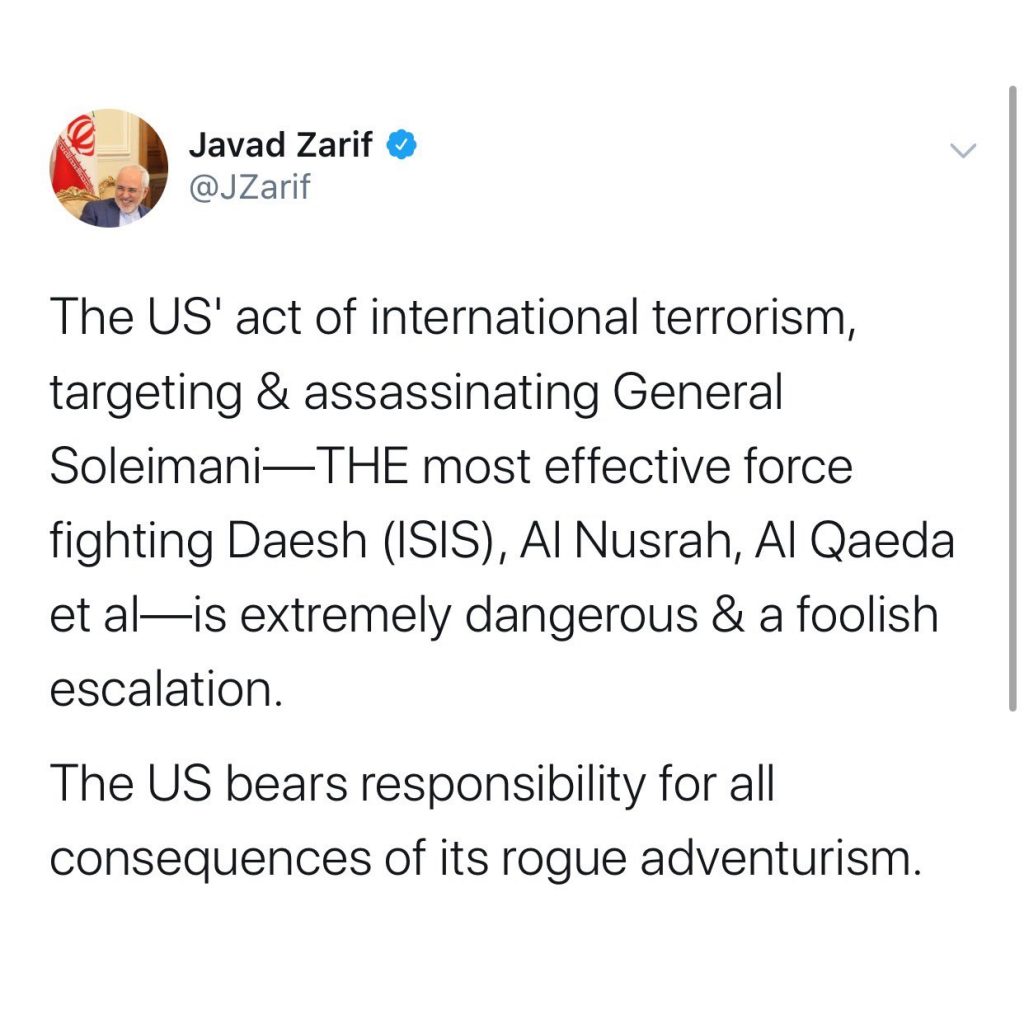 President Trump deployed 100 Marines from the Special Marine Corp. Response team along with 750 soldiers from the 82nd Airborne Division.  The U.S. military is on high alert with additional troops ready to deploy.

May 28, 2020
Reach our newsroom now!
Start a Conversation
Reach the newsroom now on Whatsapp
The team typically replies in a few minutes.
Newsroom
Newsroom