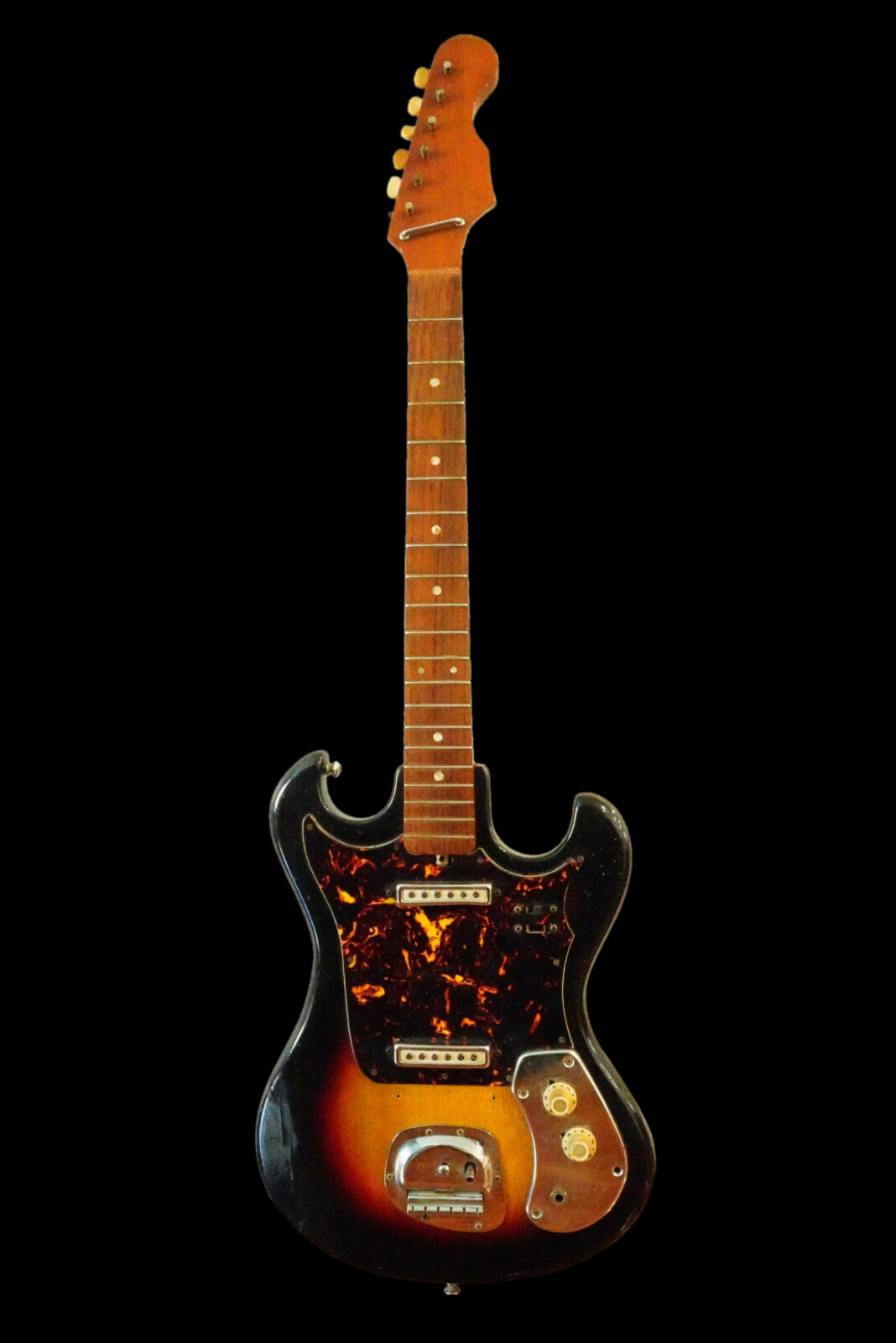 CALIFORNIA—Marking the 50th anniversary of Jimi Hendrix’s passing, Jimi’s early 1960s Japanese Sunburst Electric Guitar will go back up for auction at 10 a.m., on Saturday August 8, at Kruse GWS Auctions. Bids can be placed online. The guitar was previously listed at Christie’s, an auction company.

If you purchase the guitar, the lot will come with the lot tags from the previous Christie’s auction, a letter of provenance from Leon Hendrix, and a notarized letter of provenance that Jimi’s best friend wrote before he passed on. The lot will also come with a video of an interview of Lean Hendrix speaking on behalf of the guitar’s history with Hendrix. Not only will you get letters of province with the guitar but Leon is also willing to have lunch with the winner-at their own expense.

The guitar is in its natural state with no strings. The auction house wanted to keep it in its original condition. If you need to see letters of province previous to bidding you can contact the GWS auction on their website.

If you cannot afford the starting bid of $50,000, you may also bid on other artifacts that belonged to Jimi. Such as a floral guitar strap, two vests, three necklaces, a floral scarf, Bolex microphone, and Koss headphones.

Jimi Hendrix lived briefly here in San Francisco, on 1524A Haight Street at some point in the 1960s.