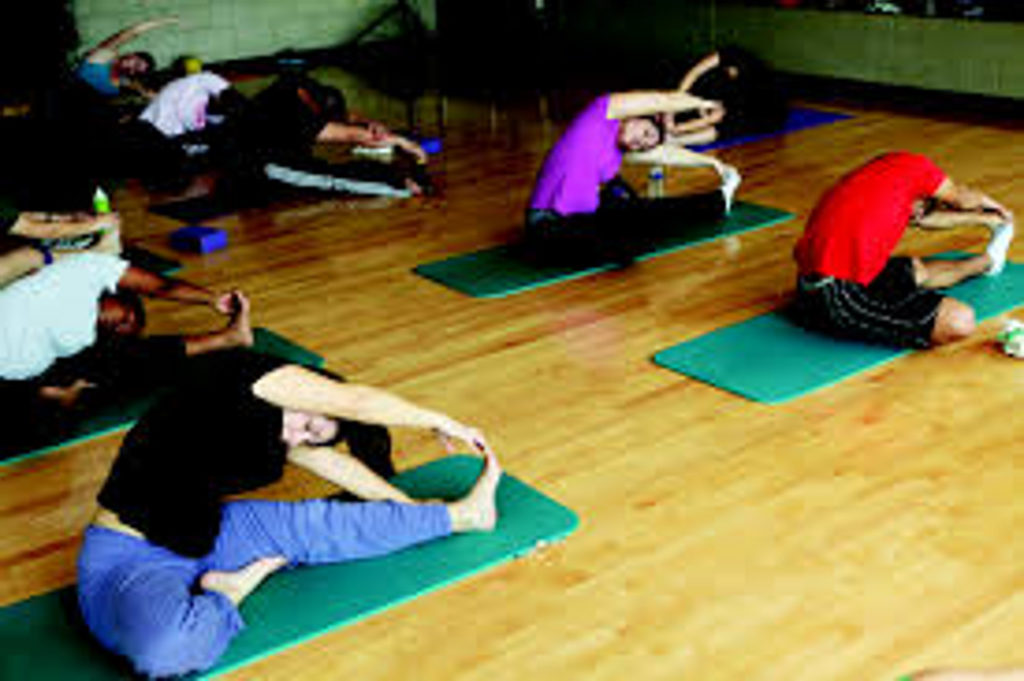 UNITED STATES—Sergeant Carmichael was badass. Before I went into Runyon Canyon undercover, she sent me to the Yale School of Yogic Arts in Van Nuys to bone up on kundalini.  At least I could bluff my way through a yoga class: “Close your eyes and just say om.”

That’s how I met Fay Greener, alias Sri Faye. The winsome 19-year-old greeted me after class. Turned out she had known Yogi Jeff, the latest in the recent in the string of yoga teacher deaths. Faye had a misty blue come-hither look and very nice asanas.

I immediately knew I had fallen for Faye. Hard. Before I knew what was happening I was saying yes to her inviation to a little hash house in Pasadena called the Crown of India. I was afraid I’d blow my cover with the squad car, so I went through the motions of hotwiring it.

Crime turned her on. Faye and I had to pull over on the Pasadena parkway and have wild reiki sex: you don’t touch each other but it’s very spiritually fulfilling. There was something fishy about the Crown of India from the get-go: the letter C- that the health department had plastered out front had been doctored with a marker, turning it into a C+. Inside the curry-scented dump, they were playing bad sitar covers of Karlheinz Stockhausen.

The waiter took our orders, Faye first. From what had happened to Yogi Jeff at Runyon Canyon I knew to steer clear of the chicken korma.  Victim #6 was stricken after eating some chicken korma— bad stuff, the kind of E. colli to make your nose fall off. I played it safe and ordered chicken khorma.

“Why did you do it, Faye?” I said. Her come hither look turned frosty. “You ordered paneer fried rice instead of the korma?”

“I was feeling vegan today.”

She eyed me suspiciously.

“Let’s try a little side order of satya. You dig?”

“Satya, truth.” She put down her napkin and raised her eyes, now go-to-hell eyes. I had her right where I wanted her, and she started to sing.

“The Iyengar school is being edged out in Beverly Hills, Westwood and downtown by Ashtanga, power yoga. The world is out of balance. We need a place for peaceful, passive yoga based on pranayama, breathing.”

“Well you didn’t have to infect all the yogis with E. Colli. Jeff, Rob, Lee, Pete, Chubaca, Tiffany, Bonnie and Clyde.  Or flaunt your bilingual redundancy. I—yo—play that game, too, dos.“

Her eyes grew mistier. “My next victim,” she choked up, “was to be Yogi Bear.”

“Why did you have to do it, Faye? You could have flooded the Iyengar studios with bad reviews. You could have alleged a lot of personal injury hooey, including torn ligaments, damaged vertebrae, slipped disks and lowered  hubris. You could have still respected human life, Faye. Your victims were yoga-mat-toting charlatans, but they’re people, too. I know that’s hard to swallow.”

Again she turned her come-hither peepers on to me. I melted like a Hershey bar in the Mojave.

“Faye, I bet you could tie a man into Freudian slip knots without even half trying.”

“Just a hunch. But there’s one thing I need to know before surrendering to your wicked ways. Why all these vicitims?”

“Wilbur,” she said. “My brother Wilbur came out here from Kansas City with big dreams. He wanted to set up a homeopathic pharmacy and wipe out polio.”

“But polio has already been wiped out.”

“Lama Tod, I don’t get my kicks out of stomping on somebody’s dream . . . Ashtanga was just too much for his weak-chinned, four-hundred pound carcass. All that stretching and standing on his head. Poor Wilbur.”

“Lost him? Heart gave out?”

“No, the floor collapsed and he fell into a sweatshop below.”

“And that was all she wrote.”

“Wilbur got stitched into the racing stripes on jogging pants. And then got shipped to Sarasota Florida, where he works in a Radio Shack. He now weighs 127 pounds. He went from kapha to vata quicker than you can say yug, Sanskrit for to join, to connect. I blame Ashtanga for killing the Wilbur I knew.”

Faye . . .  her come-hither gaze was now tarnished by tears. The poor thing was a sick puppy, alright. We booked Faye on eight counts of murder and attempted murder of me by food poisoning. She would be off the streets for at least a few weeks, and I would have enough time to figure out where the hell hither is.

Humorist Grady Miler is the author  “Late Bloomer,” collected Hollywood humor, available on Amazaon. Grady can be reached at grady.miller@canyon-news.com.