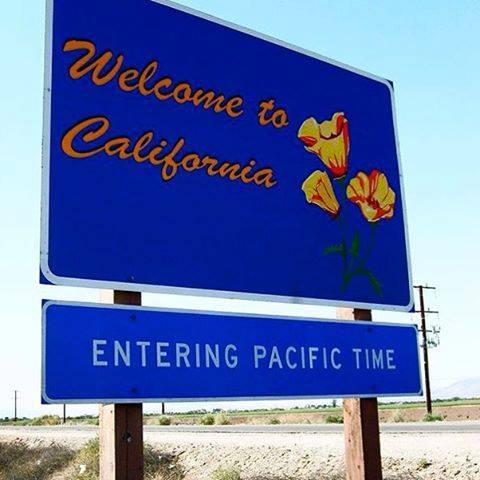 UNITED STATES—The sports betting world is a billion-dollar industry, however, in much of America, it remains shrouded in the zone of hazy legality. With many states banning the practice, bettors are left to trust questionable online sportsbooks. One state looking to change the status of sports gambling within its borders and make it easier for citizens to place bets on their favorite sporting events is California. State Senator Bill Dodd and Adam Gray have introduced a bill to open the door for expansion of legalized sports gambling in the Sunshine State through a ballot measure in the 2020 election

This is not the first time that Gray has attempted to get such a measure included on a state election ballot. He attempted a similar effort prior to the 2018 midterm elections, however, he was unable to get the votes he needed. Gray cited difficulties relating to a busy legislative schedule which caused the sports gambling initiative to be moved down the pecking order and ultimately failing to get the opportunity to be added and placed before voters.

PAPSA’s Overturning at the Supreme Court

Despite the failure to earn a spot on the ballot last time there has still been good news for proponents of increased access to legal sports betting as the Professional And Amateur Sports Protection Act was struck down by the Supreme Court in 2018, opening the door for easier expansion of sports gambling in states around the country which were not exempted under the bill. Several states have already legalized sports betting since the repeal. Although the ruling came down too late to rally support for inclusion on the 2018 ballot, backers of the bill hope the repeal will give increased momentum to their push for 2020.

Although the measure would represent a large step forward for the prospects of legalized sports betting, getting it on the ballot and the measure passing would not legalize betting on its own. It does not have the language to set up specific structures for legalized sports betting in the state. Instead, it will remove the blocks which are currently in the way preventing legislators from pursuing potential frameworks so that a plan can be pursued.

The largest impediment in the bill’s way is the need to get an overwhelming majority in support of the measure. A mere majority vote in the state’s senate and assembly are not enough for the measure to earn its spot on the ballot. Instead, it will require two-thirds support from the elected officials. This can be a challenging threshold to meet, however, the bill’s backers hope that with a groundswell of public support they will be able to successfully convert enough of their fellow officials to the cause to get the measure enacted and put on next year’s public ballot.

What Is the Opposition

As with most legal efforts to expand citizen’s access to legalized betting, the opposition to the measure can primarily be looked at through the two different reasons for opposing expansion. The first group of opposition is individuals who are opposed to any increased access to gambling within a state. Those holding this position feel that gambling on sports presents citizens with a dangerous possibility of financial suffering for individuals with gambling addiction. They do not feel that the positive benefits which passing such an initiative would result in are enough to outweigh the damage they see in the form of gambling losses by those participating.

The second group opposing the expansion do so for very different reasons. As is commonly the case any time there are efforts made to expand legal gambling, there have been strong lobbying efforts made against the expansions by groups who already benefit from the current levels of legal gambling. For Native American gaming groups, cardrooms and horseracing betting offices, which already are exempted from the prohibitions on gambling within the state, an expansion would inject new competition and as such the groups are working hard to oppose the measure.

What Is the Case For the Ballot Measure

As with opposition, there are multiple angles that supporters of the bill approach it from as well. On the lighter side, many supporters simply wish to see sports betting legalized in the state for the fun which it can provide. Placing a bet on a game you are watching, especially one where you previously had no rooting interest, is a fun way to drive up the stakes and raise your interest in the game. When done responsibly, sports betting offers a source of entertainment for players, and also financial rewards if you have a successful day.

The more practical side of the case for expansion comes down to the revenue it can produce. Under current systems where sports betting in the state is heavily restricted, the state receives no taxed revenue on bets placed. When legalized, California would stand to benefit from taxing winnings and casino earnings, with the new income available for reinvestment in projects like infrastructure or schooling.

How Can I Help?

While the easy answer may seem like voting in favor of the ballot measure, that won’t do any good if it never gets there in the first place. Reach out to your state representatives and inquire about their support for the ballot measure. If they are planning to vote to add the measure thank them and let them know you appreciate the vote. If your representatives do not intend to support, let them know you would like them to. Make sure you are only reaching out to your own representatives to make sure they note your opinion properly.

What You Should Know About Car Aftertreatment Systems