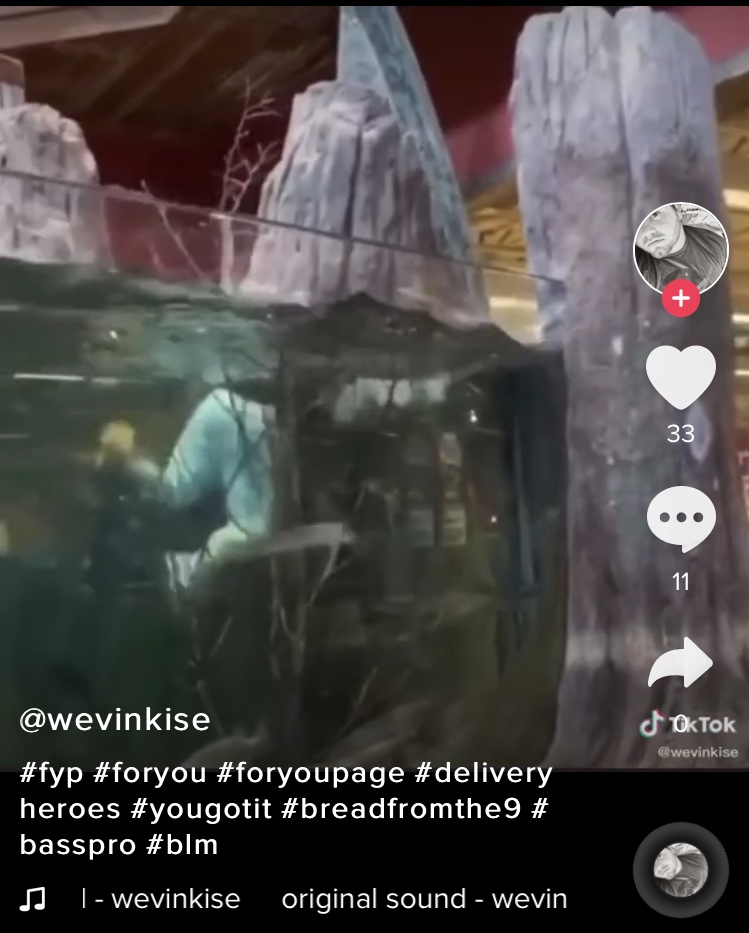 LOUISIANA—On Thursday, June 25, a man was caught swimming in a fish tank at a Bass Pro Sports and has now been charged by authorities for the prank.

The individual, Kevin Wise, 26, performed the skit for his followers on the social media app called Tiktok on June 22 after promising them he would.

”Well I put it out there on Tiktok just joking around saying ‘hey if I get 2,000 likes, I’ll jump in this tank and it kind of blew up more than I expected, and I didn’t want to be a liar. Got to give the people what they want. I am content, they want content? I give them content.”

Wise will no longer be allowed in Bass Pro Sports after they filed complaint against Wise for property damage.

”Yeah, I’m banned from every store, it sucks though because I love Bass Pro Sports. Even though they’re pressing charges, it was my mistake. It’s a liability thing, I get that,” said Wise. He added, “The tank cleaning is going to be 1,5000 but I don’t have to pay for anything until I go to court on August 5th.”

The Bossier City Police Department were contacted by Wise after the video went viral.

”When I turned myself in, they actually told me that day was a lucky day because there’s usually a police officer there every day and I just got lucky that there was nobody there that day. There were a bunch of articles after the video was posted, Treasure was a random girl at the Bass Sports Pro, and she videotaped before I could post my video and it took off from there”.

After the incident, Wise was fired from his job and created a GoFundMe on his TikTok @wevinkise to pay for fines.