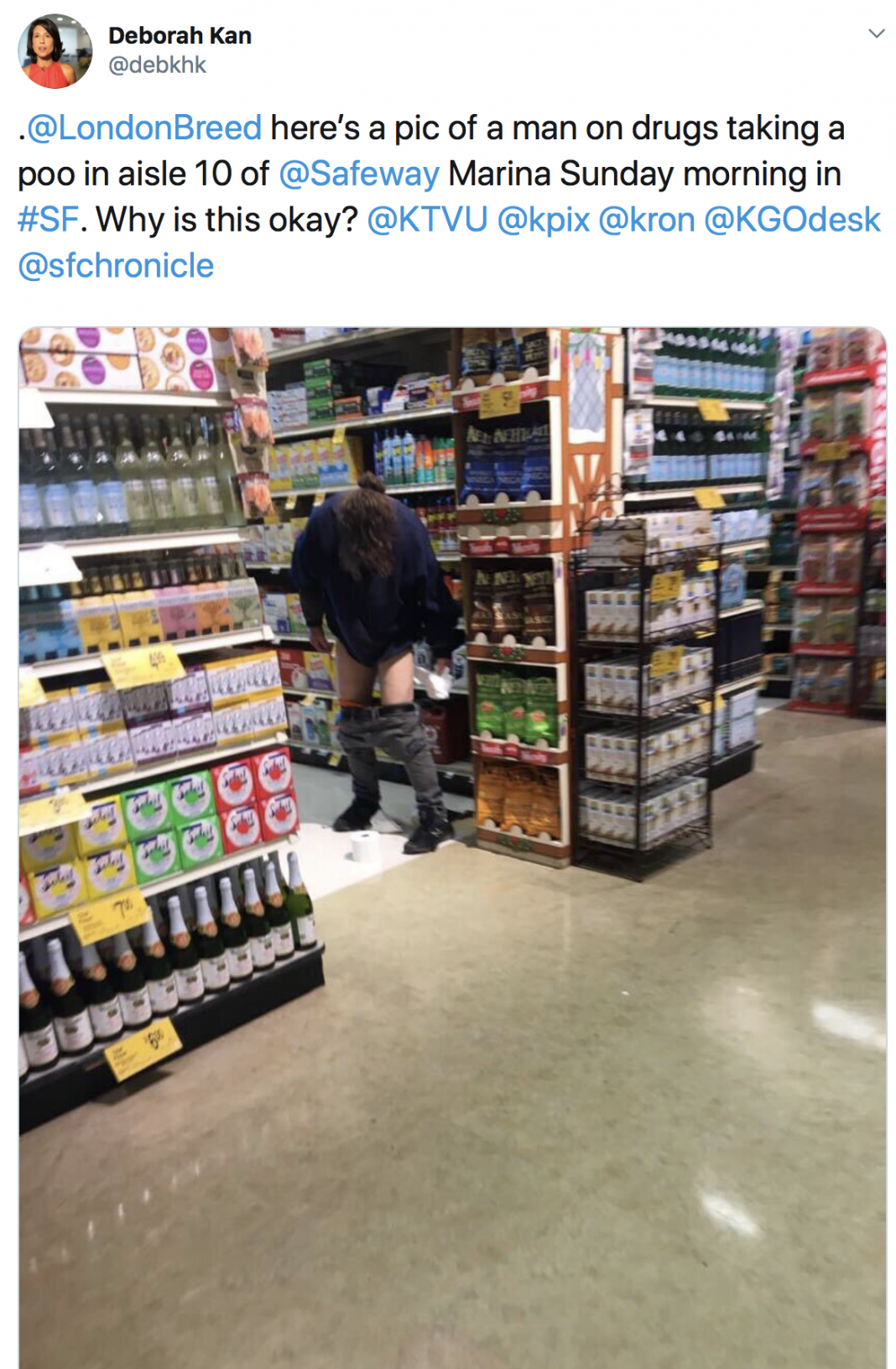 SAN FRANCISCO—A video of a man defacing an isle inside a Safeway circulated through the internet over the weekend.

The video shows the man publicly defacing an isle and proceeding to wipe with toilet paper from the store. The Safeway where the incident took place is located in the Marina District which happens to be in the district of Speaker of the House Nancy Pelosi.

People shared their concerns via Twitter. User @lindaweightloss said, “I was just in SF and get it. Where is Nancy Pelosi and Diane Feinstein when this is going on? Get some real representation in CA before it is too late.”

Human feces on San Francisco’s sidewalks has been an ongoing and increasing problem. The city has a “Poop Patrol,” also known as 311, which receives calls about human feces and takes action to clean it up. Earlier this month, San Francisco Board of Supervisor Matt Haney announced a plan to power-wash sidewalks that were infested with feces, but the plan only pertained to the Tenderloin District.

According to KRON4, 311 has received over 25,000 poop complaints in 2019 with the Tenderloin District receiving the most complaints.