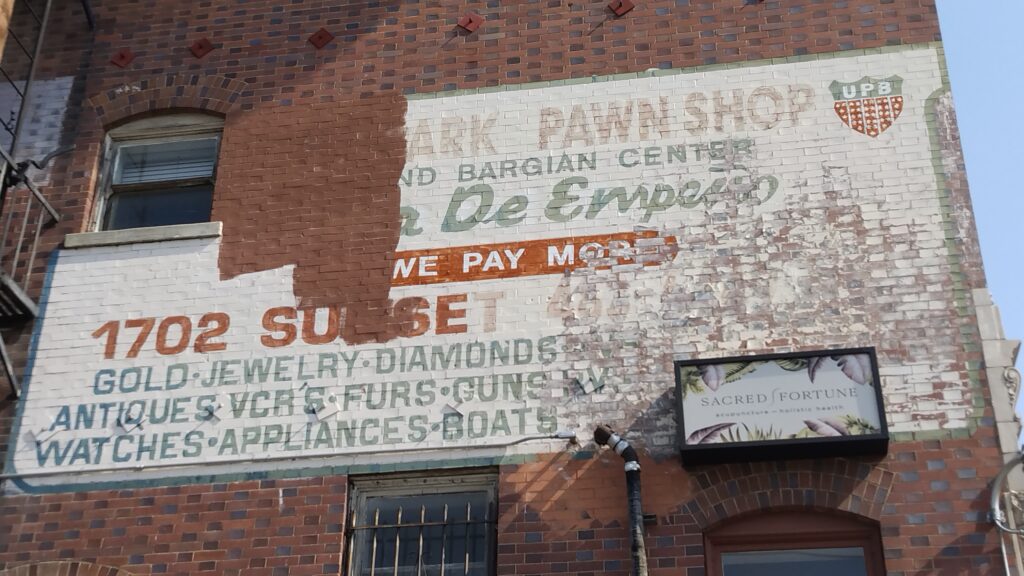 UNITED STATES—Mary Reno hurried away from the stall in the Swap Meet, that boasted the sign “We buy gold.” The toothy smile of the Mongolian woman was seared in the back of Mary’s cranium. In her ears echoed the enthusiastic decree, FAKE…! She was at the end of her rope. There’d be some comfort in knowing there was a sufficient length left to slip into a noose. Ay, there’s the rub. Don’t you hate people who say “there’s the rub,” those tweedy souls, those shirkers of life, those Monday quarterbacks.

Mary realized she was one of them. She laugh-cried. She had stood in great halls of antiquity. In these musty mausoleums of learning fine plaster dust rained down from the ceiling. Peeled paint wafted down. Parents or godparents got bled on educating their young here. Mary doled out nuggets of wisdom and abstruse references from the podium of a cavernous auditorium as a popular psychology instructor. She had a call-in radio show.

She could poke fun at herself. The razor’s edge that marked the boundary between fun-loving nature and her soul’s bleak wasteland was hidden by the thin veneer of success. Mary assigned the book, “How to Lie with Statistics” and revealed psychology for the fraud it was. She strived to give her students the arsenal to be debunkers after leaving the cloistered hall.

Perhaps one day they would even go on to debunk the debunkers.

That was Mary Reno before losing it. The lecture revealing that one her her students had been Charles Upshaw. Mary was able to project the original letter on the screen and let the TA passed the binder with the now yellowed, typewritten sheet of university letterhead paper.

From the podium Mary Reno declared, “Charles Upshaw it one of the most academically gifted students, a born scholar. And this character was matched by a moral rectitude second to none. He was one of the sanest individuals I have been proud to number as my students, and I wholeheartedly recommend Upshaw for admission into the FBI Academy at Langley, Virginia.” Of course the punchline was that Charles Upshaw became known to the world as quite an accomplished serial killer.

Different parts of the thirteen confirmed victims were stored in a freezer in his garage. Mary squealed out in laughter. The sun moved and took away her shadow. She was on the unforgiving street full of filth and lunacy.

Graydon Miller is the Wizard of Fiction. His story collection, The Havana Brotherhood, featuring, “Angels” and “International Bridge,” is available to readers everywhere now https://amzn.to/29ak9Nr.