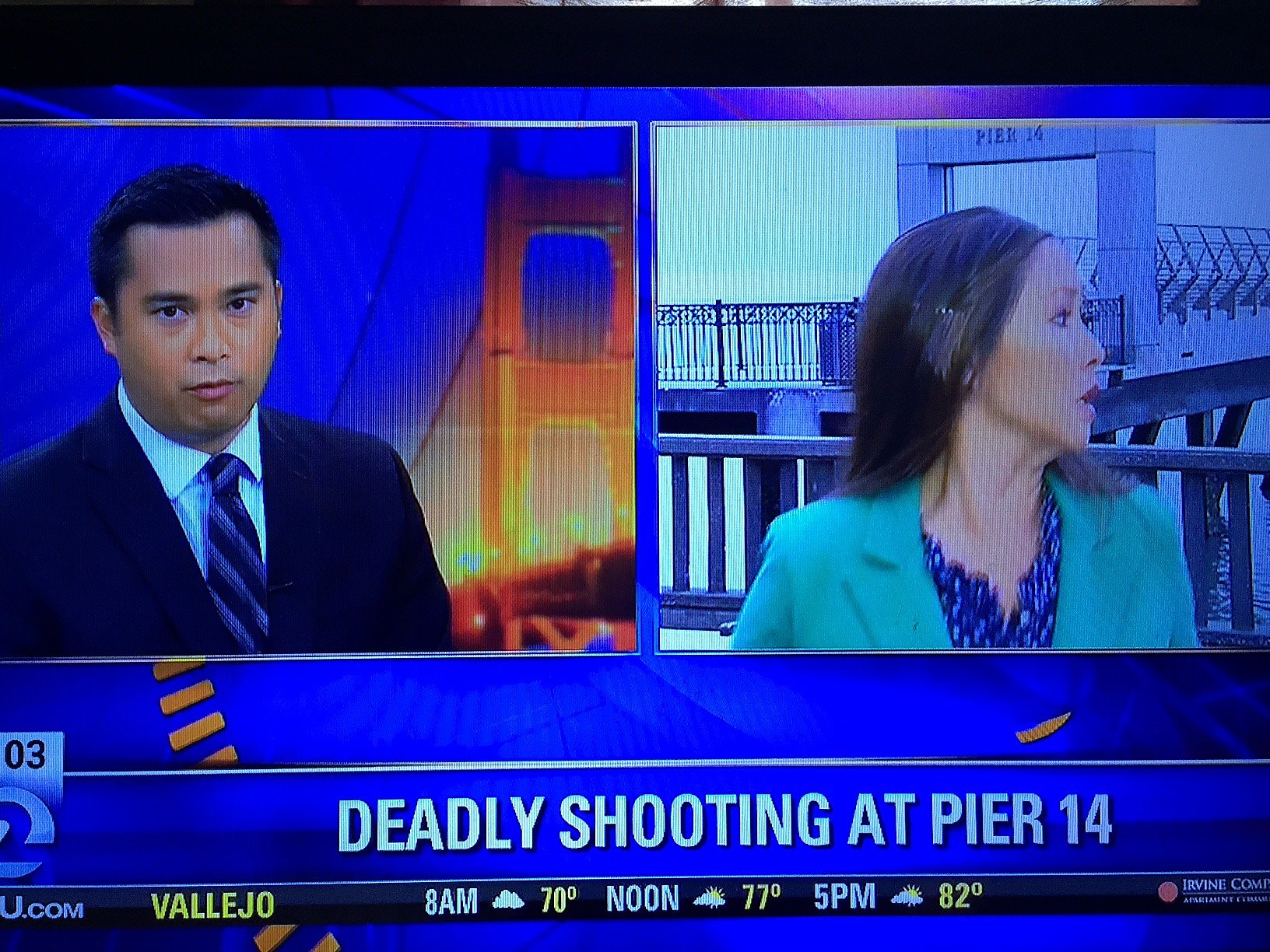 SAN FRANCISCO—Two news crews were attacked and robbed at gunpoint at about 6 a.m. on Thursday, July 2. One photographer suffered a minor injury.

Four television news crews were setting up their gear to report on the fatal shooting of a tourist earlier this week, when a black four-door BMW with no plates pulled up. A man wearing a hoodie got out and attacked them.

Crews from KNTV-Channel 11 and KTVU-Channel 2 were robbed, and crews from KRON and KGO-TV were also at the scene, but not attacked. KNTV’s camera operator, Alan Waples, was pistol-whipped and then shoved to the ground, the attacker grabbed his gear, pistol whipped him again and then ran off towards the car. KNTV reporter, Kris Sanchez, was not hurt.

“I thought I was going to hear a click,” the photographer said afterwards, referring to the attack. His ear was cut, but he was checked by the paramedics along the Embarcadero and declared to be fine.

KTVU reporter Cara Liu was live on camera when the attack happened. Brian Flores, KTVU anchor, tossed to Liu just as she noticed the masked man approaching the team and moves out of the frame.

“OK, looks like there’s some type of incident going on with Cara Liu out there,” Flores says on camera. “Not exactly sure what is going on… Let’s try to get more information on what’s going on with Cara. Hopefully, she’s doing Ok, first off.” The attack was not shown on live television.

The San Francisco Police Department later reported that there were 3 suspects in the black vehicle. The suspects are described as males wearing dark clothing. One of them is reported to have dreadlocks.

This is not the first incident against news crews in the Bay Area, prompting many stations to hire security guards to accompany their crews.