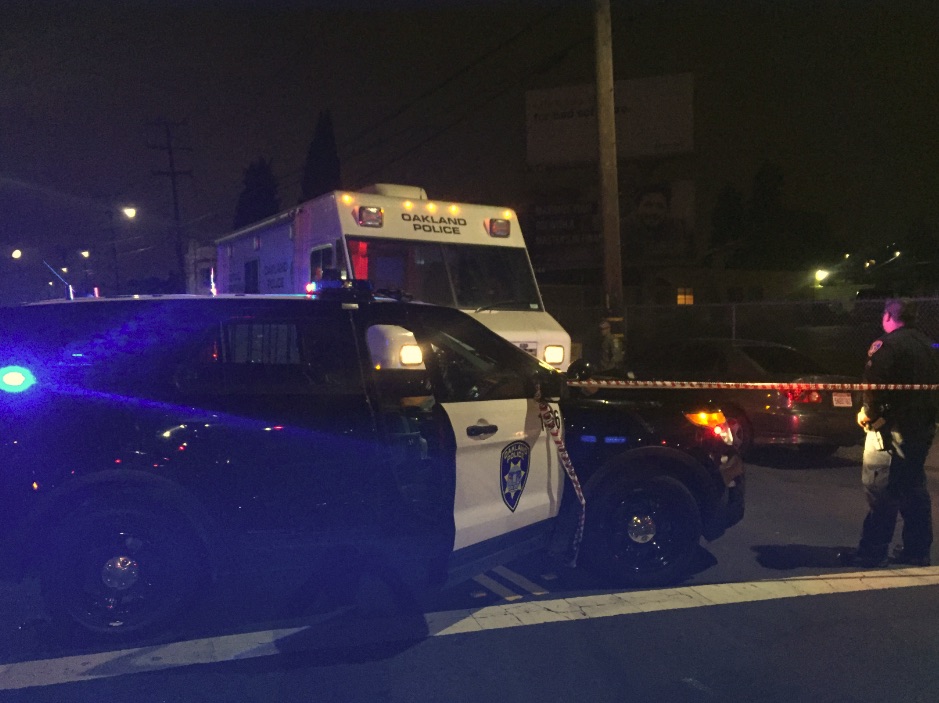 OAKLAND—Three suspects were arrested in Oakland on Wednesday, April 29 after gunshots were fired at a pair of plainclothes police officers.

The officers were investigating a homicide case in East Oakland when a car occupied by three men open-fired on the policemen before speeding away from the intersection of Foothill Boulevard and 55th Street. The driver of the vehicle crashed, allowing authorities to catch-up with the suspects and arrest two of them.

The third suspect fled the scene of the crash on foot, sparking a manhunt for a shooting suspect who was eventually found and arrested by police.

Details of the suspects have yet to be disclosed to the public.

Though the officers who were the targets of the shooting were unharmed in the attack, police across the Bay Area are in a state of Blue Alert, as anti-police violence has erupted across the nation, especially so in Baltimore, Maryland, where rioting has become so bad that a citywide curfew has been ordered.