UNITED STATES−For the third time in his presidency, Donald Trump pardoned, granted clemency or commutations to 13 people on Tuesday, February 18.

DeBartolo Jr. is businessman, real estate developer, member of the Pro Football Hall of Fame, and owner of the San Francisco 49ers for 23 years. In 1998, he was convicted and sentenced to two years probation for failing to report to an investigation into the Louisiana gaming industry. He has continued to work for charitable causes since his conviction.

Michael Milken was called, “one of America’s greatest financiers,” in a statement from the White House’s website. His work was in high-yield bonds in corporate finance. In 1989, Milken was indicted on allegations that some of his financing was criminal schemes. He pled guilty and served two  years prison time in exchange for all charges to be dropped against his younger brother. Milken has since dedicated his life to continuing charitable works.

Former NYPD commissioner, Bernard Kerik who led a group of first responders following the September 11, 2001 attacks was sentenced to four years in prison for tax fraud. He has also been working as an advocate in prison reform and reentry into society. Kerik was the recipient of many awards including a Presidential Commendation for Heroism by President Ronald Regan. His pardon garnered support by Rudy Guiliani, Judge Andrew Napolitano, Geraldo Rivera, Charlie Daniels, and Passaic County Sheriff’s Department.

Tynice Nichole Hall served 14 years of an 18-year sentence for drug distribution, and Crystal Munoz served 12 years for her part in a marijuana smuggling ring. Both women took advantage of job-training programs, apprenticeships, and coursework to earn a college degree.

Former Illinois Governor, Rod Blagojevich attempted to sell former President Barack Obama’s senate seat which was vacated once he became POTUS. Blagojevich served 8 years of a 14-year sentence. He garnered a wide-range of support for the reduction of his sentence from Bishop Byron Brazier and former Attorney General Eric Holder. Blagojevich now encourages inmates to use their prison time for self-improvement, and relays the message to “Keep faith, overcome fear, and never give up.” 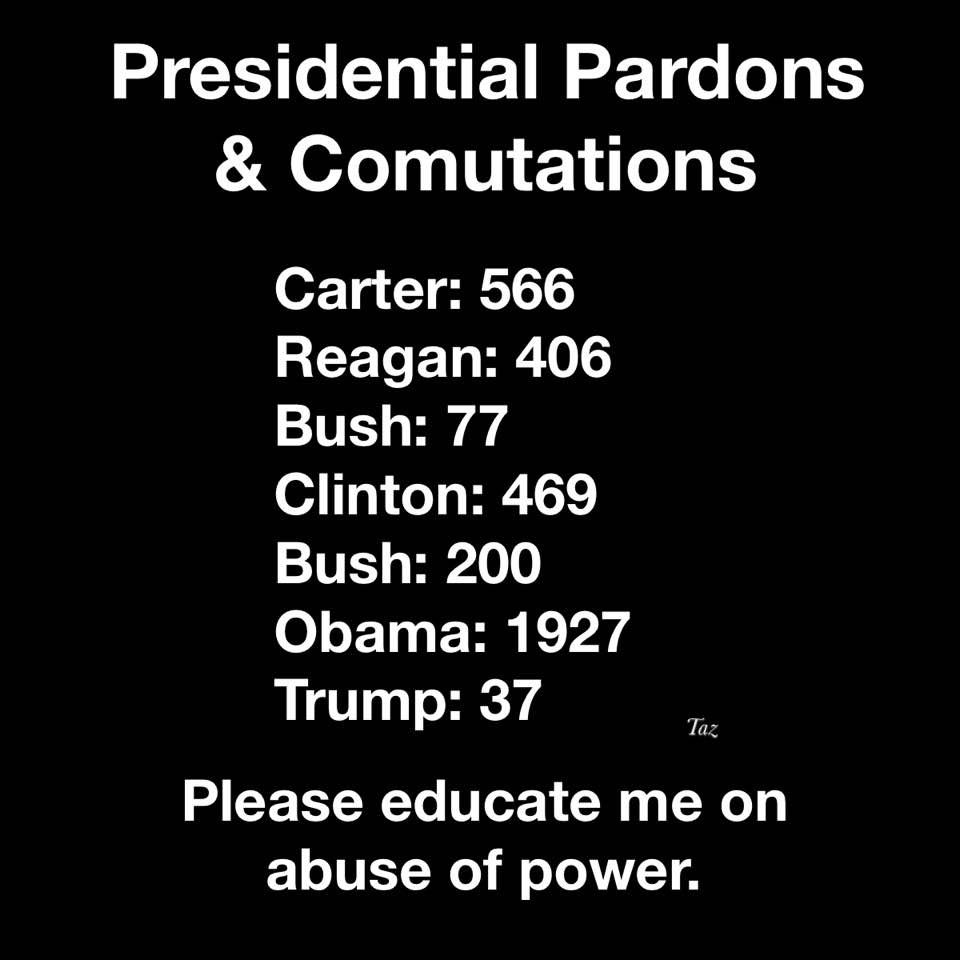 According to the United States Department of Justice, the President’s clemency power extends only to federal criminal offenses. Executive clemency may take several forms including pardon, commutation of sentence, remission of fine or restitution, and reprieve.