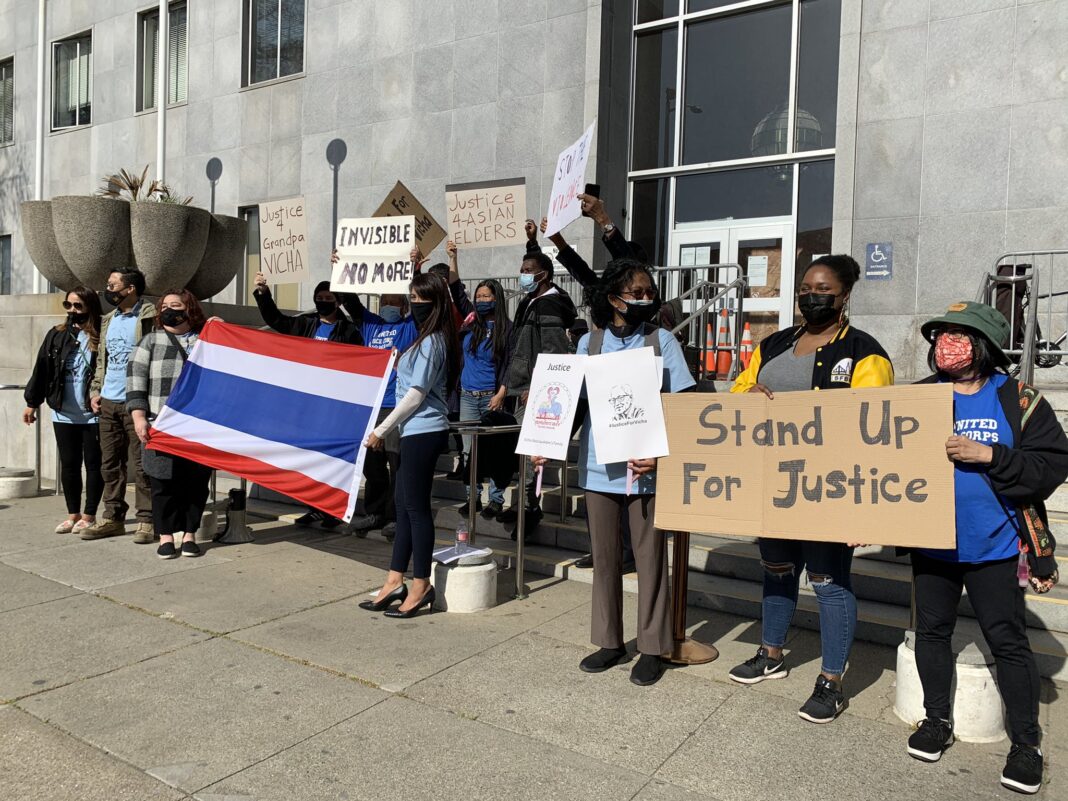 SAN FRANCISCO—On Thursday, March 4, a protest transpired outside the Halls of Justice due to the statement made by San Francisco District Attorney Chesa Boudin during an interview with the New York Times. Boudin was speaking with the publication about 19 year-old suspect Antoine Watson, who was responsible for the death of 84 year-old Vicha Ratanapakdee.

Boudin commented on footage from several security cameras and said, “it appears that the defendant was in some sort of temper tantrum.” He noted there was no evidence to suggest that it was motivated by racial animus. Surveillance of the video has gone viral.

Family and supporters of Ratanapakdee were upset about Boudin’s comments and rallied outside the Halls of Justice before the pre-trial hearing for Watson on Thursday, March 4. Ratanapakdee’s daughter, Monthanus Ratanapakdee said in an interview with NBC, “I’m disappointed when the DA said it’s a tantrum. He’s a killer. He’s not a victim. My father is a victim. It hurt my feelings.” Boudin responded via Twitter indicating his words were taken out of context. 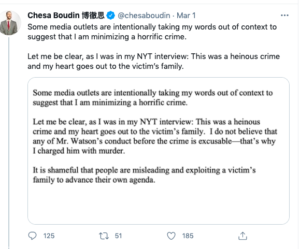 Ratanapakdee was attacked while walking outside his home on January 28.  Law enforcement said Watson charged full speed at the victim from across the street near Anzavista and Fortuna Avenues at 8:28 a.m. knocking  Ratanapakdee down to the ground.

The fall caused the victim to lose consciousness. He died two days later from a brain hemorrhage. Watson was arrested on January 30 after being served a warrant at home in Daly City. He was arrested for suspicion of murder, elder abuse, and assault with a deadly weapon.  Watson pleaded not guilty to the crime and is expected back in court on Monday, March 22.