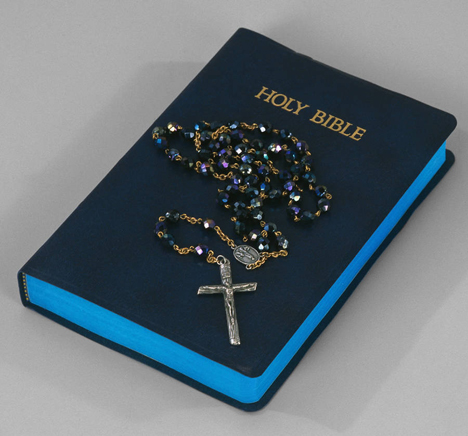 UNITED STATES—Remember Vatican II?  There was just a celebration of its 50th anniversary. In keeping with current Roman Catholic Church teachings and doctrine, this celebration included quite a bit of “clarification” which sounded an awful lot like recanting and rescinding many of the changes that epitomized Vatican II.

Just this week, the Roman Catholic Church in England is halting the so-called “Soho Masses” which were held as Masses “particularly welcoming to lesbian, gay, bisexual and transgendered Catholics, their parents, friends and families.” Evidently, the current Church leadership doesn’t want to welcome people like that. It will not surprise me one bit if, in the course of 2013, the Vatican prohibits the sacrament of the eucharist for LGBT people.

That may seem quite strange, considering how many gay priests there are.  But, of course, the Church is entirely in denial about anything like that. They are just as adamant that there are no gay priests as the leadership in Iran is adamant that there are no gay Iranians. I suppose this is a reflection of their new policy of co-existence and embracing solidarity with other faiths: Islamic and Jewish Orthodox, principally, especially as regards misogyny.

Earlier in 2012, there was a notable flap when the Vatican censured ‘feminist’ nuns for supporting U.S. healthcare reform. The Vatican censured the Leadership Conference of Women Religious (LCWR), which represents the majority of women’s religious orders in the U.S., after it backed the new health policy.  The Holy See today apparently has issues with giving poor people (poor women at any rate) health care. This is what is called “part of a growing crackdown on liberal dissenters.”

Then in April 2012, the Vatican again came unglued over “Just Love: A Framework for Christian Sexual Ethics,” by Sister Margaret A. Farley.  Sister Farley is a past president of the Catholic Theological Society of America and an award-winning scholar. They said that the book was “not consistent with authentic Catholic theology,” and should not be used by Roman Catholics. Following this proclamation, three bishops have been appointed by the Vatican to supervise an overhaul of the nuns’ organization.

Some people have accused the US Republican Party of entering into a “War on Women,” but their secular policies pale in comparison to the overt misogyny of the Roman Catholic Church leadership. There are plenty of good, parish priests, who spend quite a bit of their time apologizing to their congregations for the excesses of Rome. It seems a shame that an organization with these kinds of resources and expertise should squander their time and resources on misogynistic rants or homophobic crusades.

For many years, largely through the efforts of the Catholic Church in Africa’s campaign of misinformation about contraception, efforts of public health officials, doctors and AIDS activists were ineffective in halting the onslaught of AIDS in Africa. They have preached for more than 20 years that condoms are ineffective against sexually transmitted diseases and are, in addition, an affront to God (and an offense punishable by eternal damnation).

So the most recent offenses of the Roman Catholic Church are not a tremendous departure from historical precedent, but a return to it. It is reminiscent of the pedophilia scandals of a few years ago. It was during the tenure of the previous “progressive” Pope that the Church engaged in a vigorous and protracted campaign to hide/short circuit public disclosure and official (legal) action. It is telling that the person who was in charge of all that “damage control” was the current Pope.

All this reminds me of the historic disconnects that religion has always had with ethics and morality.  One of the shining examples of morality and ethics in the history of the Roman Catholic Church was Sir Thomas More (or Saint Thomas More, as he is referred to by the Catholic Church). He was a man who was beheaded by Henry VIII for refusing to sacrifice his religious principles on the altar of expediency. Sounds good, until you compare this to what he was doing, just a few years earlier. He was a government minister who burned people at the stake for owning a copy of the Bible, in English.

How do we reconcile these reprehensible acts with the good works that the Roman Catholic Church is supposed to perform: the charitable concerns they support or administer – the moral authority they wield to organize and perform action in neighborhoods, localities, districts and nations. There have been times, in my lifetime, when if there was anyone in jail for progressive political action, supporting the weak against the strong, it would likely have been a Catholic priest or someone who had a teacher who was a Catholic priest. But much of that has been dismantled by the Church itself. Faced with internal and external opposition in Latin America, the Church publicly abandoned the doctrine of Liberation Theology and has since been very vocal in supporting the status quo.

Despite this, much of the progressive political change that has overtaken Central and South America can be laid at the foot of those earlier progressive efforts of people like Bishop Oscar Romero in El Salvador.

So, what do we do today about the regrettable regressive policies of the current leadership of the Catholic Church? Do we ignore the bad parts and hope they go away? Do we hope and pray the faults cure themselves and the Church someday improves again? Do we complain?

As anyone who is or has been associated with the Roman Catholic Church will tell you, the Church is not a representative democracy. There is neither process nor sympathy for the notion that people in governing authority should be responsible to the governed. Many people, of course, are voting with their feet. All over the world, people are leaving the Roman Catholic Church in droves. That is a paradox, because among the Catholic elite leadership, choosing a conservative, regressive Pope was supposed to move the Church back to a time when more people were devout Catholics.

Unfortunately for these men of the priesthood in their medieval temples of stone, times change and when you move an organization backward, you create even more distance between the leadership and the people.