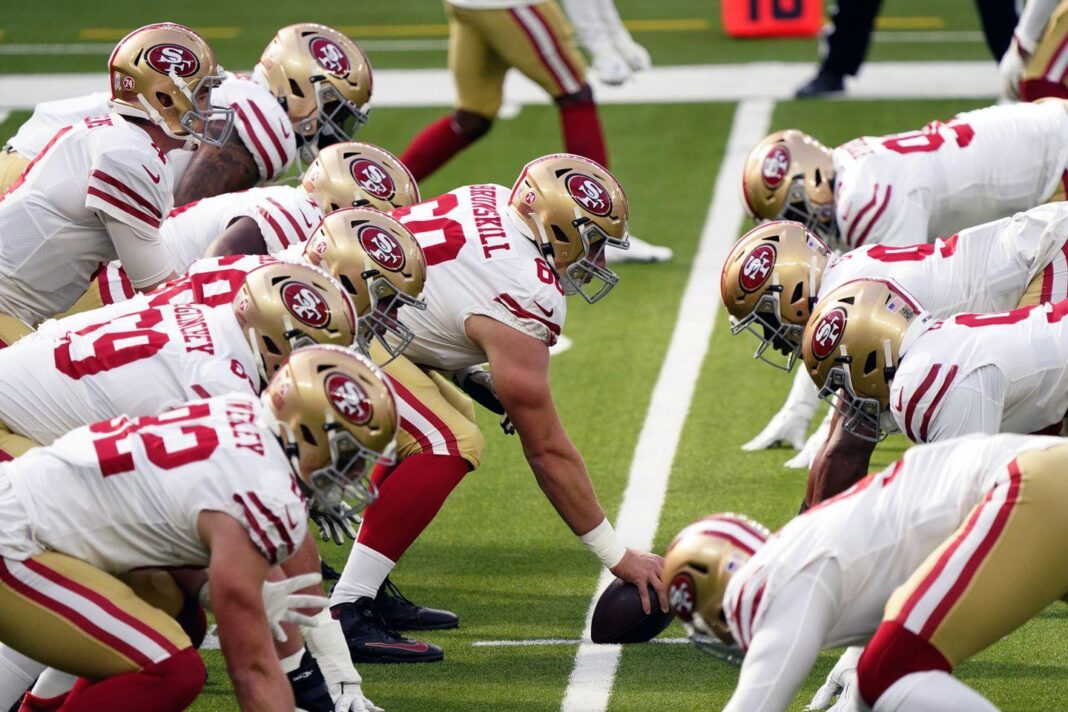 UNITED STATES—The San Francisco 49ers concluded preseason play with a 34-10 victory over the Las Vegas Raiders on Sunday. Now, the countdown is on for their Week 1 opener against the Detroit Lions at Ford Field on Sept. 12 (1:00 PM EST).

The 49ers are coming off a disappointing 6-10 season and last place finish in the NFC West. 2020 was a year marred by injuries to key players, including Jimmy Garoppolo, Richard Sherman, George Kittle, Brandon Aiyuk and Nick Bosa.

San Francisco is a prime bounce-back candidate in 2021.

In the NFC, only the Tampa Bay Buccaneers (+600) and Green Bay Packers (+1300) have higher Super Bowl odds than the 49ers, who are just two seasons removed from a trip to the big game.

San Francisco is currently listed as a seven-point favorite in their season opener against Detroit.

As the regular season draws closer, the main storyline in 49ers Land is the quarterback controversy. Head coach Kyle Shanahan hasn’t announced if it’ll be Garoppolo or rookie Trey Lance (the No. 3 overall selection) behind center in Week 1.

In the preseason finale against the Raiders, the North Dakota State product suffered a minor fracture in a finger on his throwing hand.

On Monday, Shanahan revealed that Lance will miss approximately a week, per Charean Williams of Pro Football Talk.

General manager John Lynch said that Lance’s finger is “trending in the right direction,” per Williams. The hope is that he’ll be back next Monday. 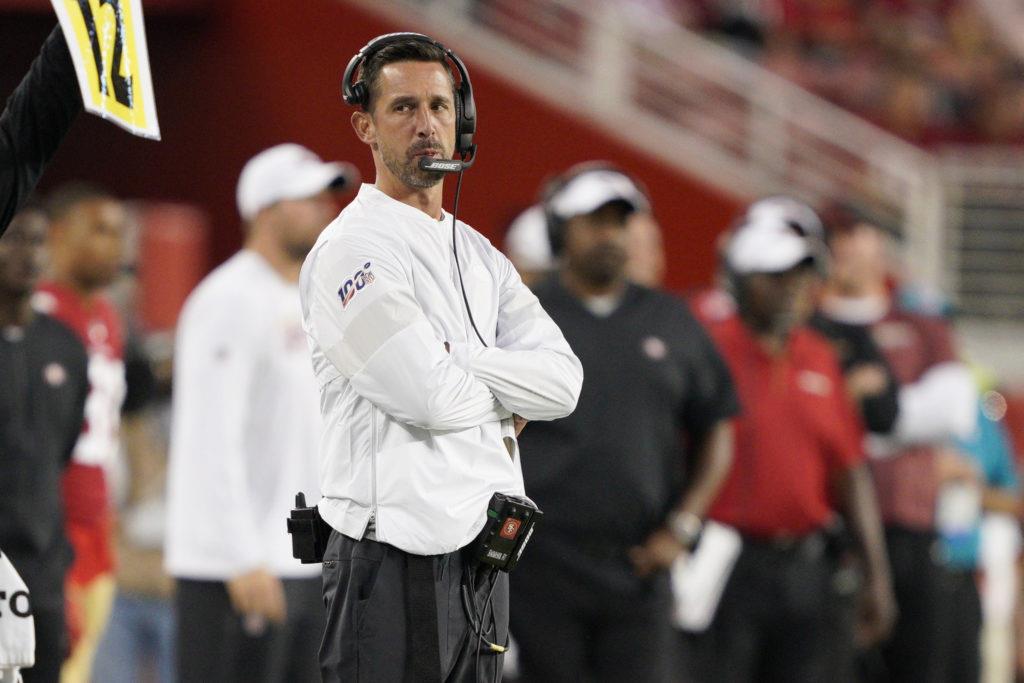 Shanahan, entering his fifth season as the 49ers head coach, will not publicly name his starting signal-caller for the Week 1 tilt in Detroit.

Although Garoppolo has posted an impressive 22-8 record as San Francisco’s starter (over four seasons), his injury history and inconsistent production has put him on borrowed time with the 49ers.

Garoppolo suffered a torn ACL in Week 3 of the 2018 season that forced him to miss the final 13 games. He missed all but six games last season because of a high ankle sprain, and the 49ers offense just wasn’t the same without him.

Although he’s widely viewed as an above-average quarterback and game manager, Garoppolo was just a couple of plays away from guiding San Francisco to a Super Bowl 54 championship two seasons ago.

Lance may have the greater ceiling and better all-around skill set, but with the 49ers trying to vie for a Super Bowl, Shanahan may ultimately feel inclined to go with the more experienced 29-year-old with 30 career starts on his resume.

Following the final week of preseason play, all 32 NFL teams had to start making plenty of difficult decisions as they continue to trim down their rosters to the 53-man limit.

The 49ers decided to release 28-year-old safety Ha Ha Clinton-Dix, just weeks after signing the one-time Pro Bowl safety. With that, it looks like Shanahan and company will go with Jaquiski Tartt and the vastly underrated Jimmie Ward as the safety duo.

Per Eric Branch of the San Francisco Chronicle, Lynch admitted that cutting Clinton-Dix was “a tough decision”. But he only had nice things to say about the former Green Bay Packers’ standout, and Lynch wouldn’t rule out bringing him back.

“Ha Ha came in late, but really showed himself in a great fashion and he’s a popular player in this locker room,” Lynch explained. “That was definitely a tough decision, because he put his best foot forward and I think played at a high level. But we just felt comfortable with the way we did it and we’re hopeful that he joins us again.”