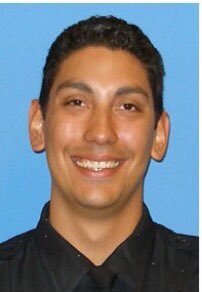 The firefighter has been identified as 42-year-old Jason Cortez, who leaves behind a wife and two children. He fell during the drill at around 10 a.m. and was taken to San Francisco General Hospital where he was pronounced dead less than an hour later.

According to the officials, Cortez started his career in 2007 as a member of Station 49, serving the city on an ambulance before becoming a firefighter in 2015.

“This is a very trying time as Jason was well-liked in our department,” said San Francisco Fire spokesman Lt. Jonathan Baxter. He mentioned that Cortez worked in Station No. 3 in the San Francisco Tenderloin District, which is “one of the busiest stations in the nation.”

“Jason is not only a fellow firefighter paramedic. He’s a friend to all,” Lt. Baxter added.

“Our hearts go out to his family and loved ones, especially his two young children,” San Francisco Fire Department Local 798 tweeted. “San Francisco Firefighters mourn the loss of our brother and we are committed to doing everything in our power to support the Cortez family in the days, months, and years to come.”

Family members and Cortez’s colleagues gathered at the hospital in the afternoon and a procession that began at the hospital that was organized to honor Cortez and mourn his loss.

“He was a go-getter. He cared about people, he loved his job. He loved the people he worked with, and he loved his family,” said SFFD Fire Chief Jeanine Nicholson during the press conference. “Our job in the fire department right now is to hold one another up, to take care of his family and to complete an investigation.”