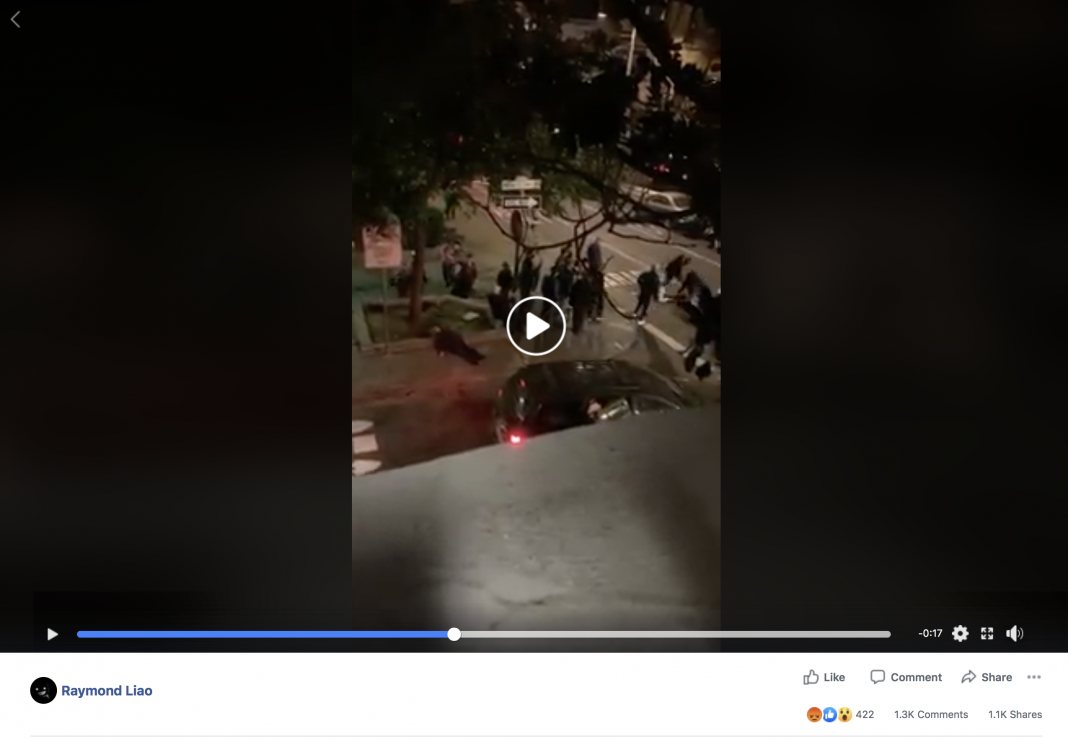 SAN FRANCISCO—San Francisco city officials joined residents during a rally held in Chinatown on Tuesday, November 12, after three senior citizens were assaulted. The assault transpired on November 9 around 9:10 p.m. at the corner of Clay Street and Walter U Lum Place.

A bystander took video of the attack and posted it on Facebook where it caught the attention of over 1,000 users.

In the video, three suspects are seen attacking three senior citizens and then immediately fleeing east of the scene in a dark SUV. A group of bystanders witnessed the assault.

Authorities indicate the attack was an attempted robbery. One victim was treated at the scene and sent home. The other victims were transported to a local hospital to be treated for non-life-threatening injuries. All victims are at home recovering.

The San Francisco Police Department has heightened their number of officers in the region because of recent attacks in Chinatown. In addition to adding more foot patrol officers, every Wednesday and Friday there are bilingual officers available to communicate with community members.