Officials responded to a report of a body at 2:19 p.m. The golf course is located on the 300 block of 34th Avenue. Information about the infant was not released until Monday, November 11.

Officials from the San Francisco Police Department Homicide Division are calling the death “suspicious” and thoroughly examining the scene and evidence related to the death. Police express a concern for the wellbeing of the mother and have released a statement on their website www.sanfranciscopolice.org to gather more details on the case that reads:

“On 11/09/2019 at approximately 2:19 PM, San Francisco Police officers were dispatched to the 300 block of 34th Avenue at Lincoln Park Golf Course regarding a death case. Upon arrival, officers located a body and summoned medical assistance. Medics pronounced death at the scene. The remains are of an infant. This case is being investigated by the SFPD Homicide Division and the Medical Examiner’s Office. 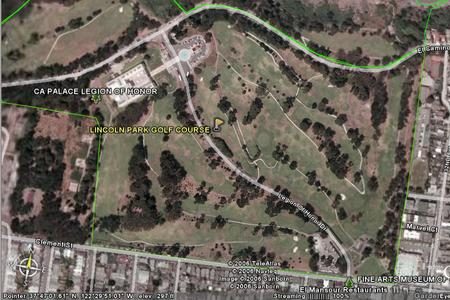 Golfer Scott Wilkinson was one of the individuals to spot the body on the 13th hole. Wilkinson told KRON 4 news that the discovery was “devastating.” He claims that when he approached the infant’s body it looked like an animal and not like a baby. Wilkinson added, “it was covered in slime.”

At this time, the San Francisco Medical Examiner’s Office has not identified the victim and is still investigating the cause of death. The San Francisco News reached out to the SFPD for an update, but has not received a response.

Authorities are asking anyone who has information on the incident to call the SFPD 24-hour tip line at 1-415-575-4444 or Text a Tip to TIP411 and begin the text message with SFPD. Tipsters may remain anonymous.