SAN FRANCISCO—The San Francisco Police Department has released a statement in response on the ongoing investigation regarding the search warrants issued at the residence of independent journalist Bryan Carmody, the First Amendment and reporter shield law protections related to the unauthorized release of the death report involving Public Defender Jeff Adachi is in the public interest.

A GoFundMe page was set-up to help Carmody recoup fees for the items taken from his possession. So far the page has earned over $16,000 of a $100,000 goal. On May 10, officers from the SFPD and the FBI broke down Carmody’s front gate with a sledgehammer and raided his home and newsroom office. Carmody was handcuffed during the raid which lasted 7 hours after authorities executed their search warrant.

He is an independent journalist, who has covered news in the Northern California region for the past 30 years. Bryan has refused to give up his source on how he received the Adachi death report, protecting his First Amendment of Freedom of Speech. All of Carmody’s electronic devices were confiscated during the raid, as well as business documents.

Brian Carmody tweeted on Monday, May 20, “It looks like we will need to replace EVERYTHING seized by the police. Cyber Security experts tell me there’s concern about using the gear that has been out of our hands for so long. Please RT my gofundme link as we greatly need your help.”

“We would like to make clear to everyone that there is an ongoing criminal investigation into this matter. For that reason we are not currently able to disclose some details of the investigation. In addition, we are unable to release information ordered sealed by the court. This criminal investigation focuses on the conspiracy to commit a crime, the theft of a police report, receiving stolen property, the unlawful dissemination of official information, and the willful obstruction of justice. Moreover, based on evidence developed, the subjects of this investigation are SFPD employees. A secondary focus of this investigation is whether Mr. Carmody was an active participant in the commission of criminal acts, beyond his role with the news media.”

“While we fully respect the First Amendment rights of journalists, and the related laws of the State of California, the San Francisco Police Department sought search warrants in the San Francisco Superior Court based on probable cause that the crimes we have described did occur and that the warrants would further the investigation. Our actions reflect that we believe Mr. Carmody was a suspect in a criminal conspiracy to steal this confidential report,” said the SFPD.

As the investigation progressed, we concluded that the motive was one or both of the following:

Investigators discovered that unsolicited correspondence from a member of the public that Carmody contacted a member of the media and offered the sale of the Adachi death report for $2,500. The SFPD is investigatin whether the SFPD employee(s) conspired with Carmody to steal the confidential report and financially profit from it.

SFPD investigators conducted a consensual interview with Bryan, during which he indicated motive and expressed his disdain for Jeff Adachi and referred to the individuals who helped him obtain the report as “good people…” who “…had the right intentions.”

The San Francisco Police Department believes any person employed by the SFPD knew or should have known that public exposure caused by the theft of an incident report in this type of high profile investigation would compromise, obstruct, and delay the investigation. Armed with this information the SFPD believes any employee of the Police Department who knowingly and illegally caused the unauthorized release of the concerned incident report in this matter, committed an intentional act. 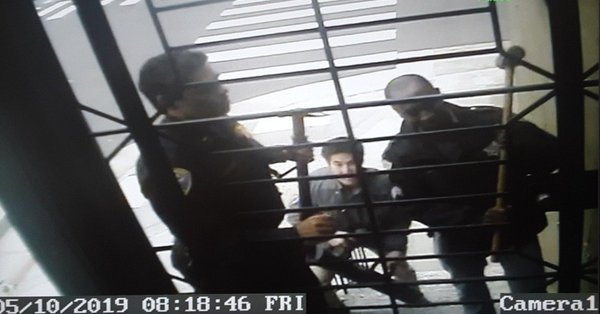 The SFPD suspects Carmody to be entangled in criminal activities, but have offered to return all the items seized and we will continue with the criminal investigation. The SFPD issued a public apology to Jeff Adachi’s family for the unauthorized release of the death report.

The Office of the San Francisco Public Defender noted that they were unaware of the motive for leaking the report or how it transpired.

“We do know, however, that this is an issue that concerns the public trust in the police department, whose officers are bound by duty and oath to protect the people, and protect confidential information…The Office of the Public Defender has no authority over how SFPD conducts this or any other investigation, and to suggest otherwise is false and a dangerous interpretation of our role, as well as our historically adversarial relationship with the San Francisco Police Department. Let it be clear that we do not condone any action which infringes on civil liberties— our duty is to defend San Franciscans from all walks of life, which frequently involves championing First and Fourth Amendment rights. This is a core reality of our professional mandate and ethic. Our commitment to civil rights is demonstrated every single day,” said the SF Public Defender’s Office in a statement.

The SF Public Defender’s Office is not aware to the justification of their actions or fully aware of how the search warrant was executed.

“The Office of the Public Defender does not condone or support excessive police actions ever. We regularly see the fear, trauma and lasting damage to our indigent clients – largely black and brown people — when the police execute warrants by breaking down doors, flashing guns, and handcuffing occupants. To the extent Mr. Carmody experienced such treatment, we support his efforts to seek redress,” they added.

“Our office, Mr. Adachi’s family, and the citizens of San Francisco have the right to know what happened. Specifically, we want the following questions answered:

-Who at the SFPD leaked a confidential report within hours of Jeff Adachi’s death?

-Was it an individual officer or a group of officers?

-Was it in retribution for Mr. Adachi’s history of battling the SFPD and misconduct by officers?

-How will the offender be held accountable to insure this never happens again to a grieving family?

These are questions that affect our basic security as residents of San Francisco. The rights of all people, including Mr. Carmody, must be protected in the investigative process. If these questions go unanswered, then we will allow police misconduct to continue, which will threaten us all,” said the SF Public Defender’s Office.

Member of the California Assembly Phil Ting tweeted, “Public details indicate the raid likely violated CA’s Shield Law and its legality must be investigated. Our democracy is rooted in freedom of the press. We must uphold journalists’ ability to keep sources confidential.”