SAN FRANCISCO—San Francisco’s famous Golden Gate Bridge has been emitting an unusual noise that has raised concerns for residents. The noise was first noticed in the afternoon on Friday, June 5.

Residents reported that they could hear a sound being emitted from the bridge, even from miles away. Many took to social media to talk about the incident and record the sound.

In San Francisco, the city's iconic Golden Gate Bridge did something it's never done before.

Engineers say it's because of wind passing through newly installed railings.

Witnesses describe it as angelic and peaceful.

The sound has been described as a low hum, or an unusual crooning sound. The City and County of San Francisco provided a logical explanation for the noise.

“Sorry this is happening. The Golden Gate Bridge Sargent reports the low humming noise is related to high winds blowing through the newly installed railing slats along the bike path on the bridge”, a tweet from the City and County of San Francisco reads. 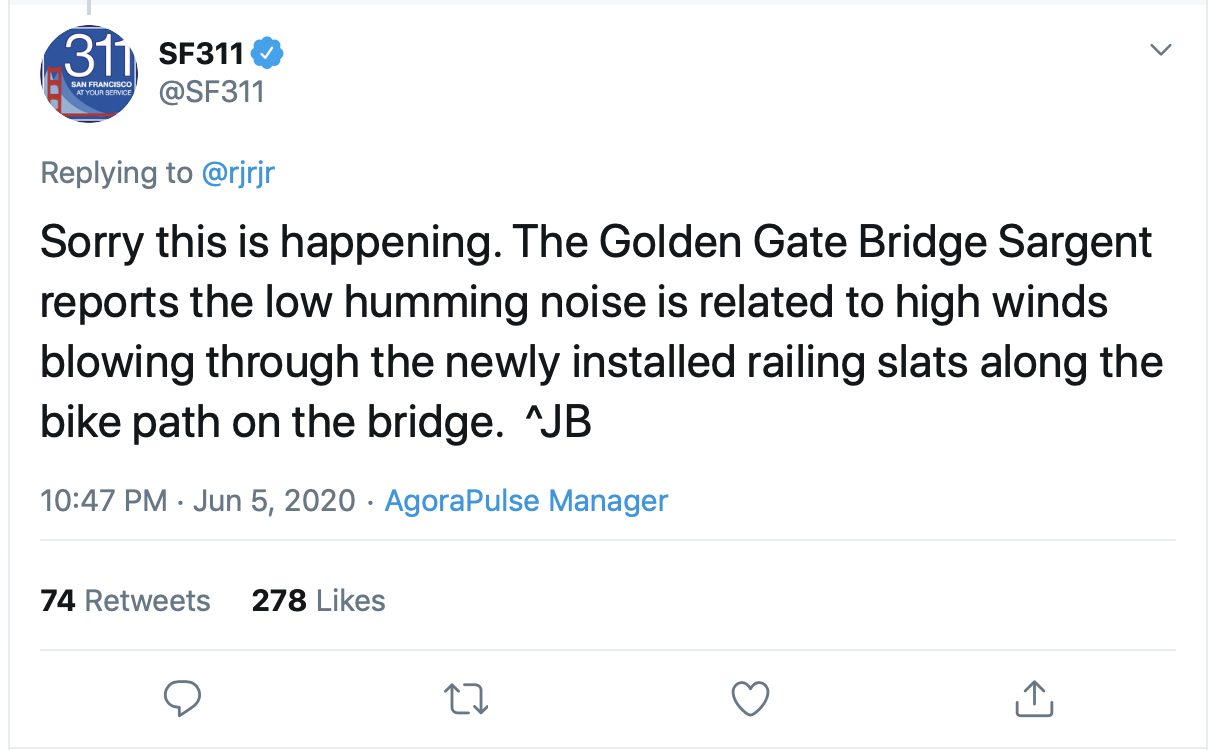 The noise is due to newly installed wind resistance structures. As the force of high-speed winds pass through the structure, the unusual sound is produced.

Various social media posts show that the feedback from the public has been mixed. Some have found the noise peaceful and soothing:

Other’s have found humor in this phenomenon:

The Golden Gate Bridge is now singing a mournful song for 2020.

And some have expressed annoyance:

So the Golden Gate Bridge has started singing an eerie horror sound which will soon drive the entire bay insane, I guess.
Cool.
Coolcoolcool.

The sound is expected to stay for as long as the wind structures remain in place.