At around 5:30 a.m., a 911 call was made that reported that the 100 foot sculpture was on fire. About 10 crews from the San Francisco Fire Department (SFFPD) arrived on scene to find the sculpture in flames. At 7:21 a.m., the SFFD tweeted an update about the fire which read: “UPDATE-CREWS CONTINUE TO WORK ON EXTINGUISHING THIS WILDLAND FIRE IN BRUSH AND TIMBER- NO INJURIES 0721 HOURS”. At least four smaller fires were subsequently reported around the Presidio, sparked by embers being blown from the fire at the sculpture. The San Francisco Fire Department reported that the blaze, as well as the smaller “spot” fires were all contained by 10 a.m. 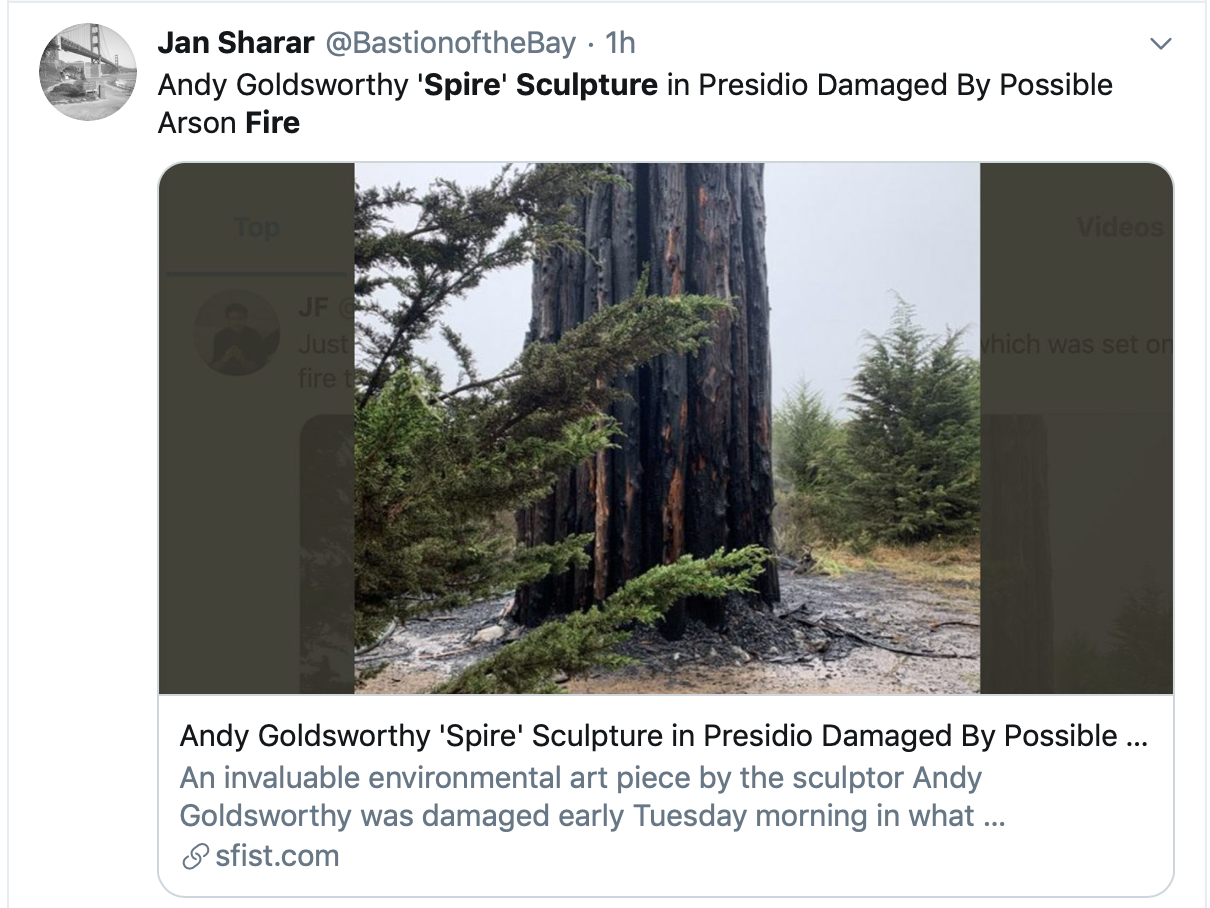 The sculpture was created in 2008 by British artist Andy Goldsworthy. Made from a felled cypress tree in the Presidio, the famous landmark is an art installation that is characteristic of Goldworthy’s “land-art”, or site-specific art that is made from natural materials.

The fire charred and severely damaged the sculpture, and it remains unclear on whether its integrity has been damaged, or if it needs to be taken down.

The cause of the incident is being investigated by firefighters and the local police department. Investigators are hoping that surveillance footage from a nearby clubhouse might help to reveal the identity of potential arsonists.