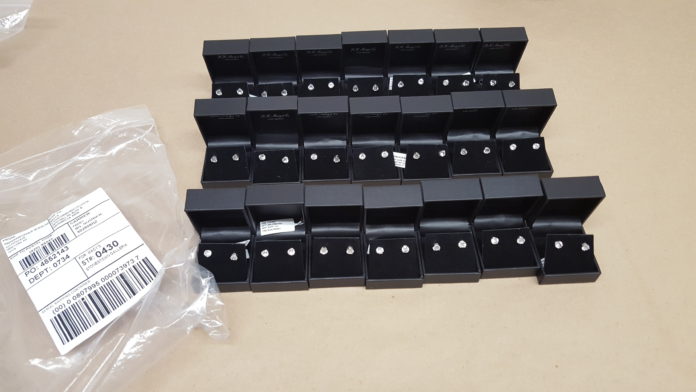 SAN FRANCISCO—The San Francisco Police Department arrested Toby Kessler, 32, for his role in several department store jewelry burglaries total over $250,000. According to the SFPD, on January 23 and February 11, officers responded to a department store in the Stonestown Mall located in the Taraval Police District about burglaries that transpired after hours.

These incidents resulted in a loss of $3,000 in cash and over $80,000 in fine jewelry. The department store surveillance cameras captured the suspect, as the crimes were committed.

On February 16, at approximately 10:00 p.m., Kessler committed a third burglary at the same store. Employees inside the store immediately contacted authorities.  Police responded to the scene and set up a perimeter. Officers captured Kessler as he was attempting to flee the building and recovered over $150,000 worth of fine jewelry that he had stolen from the store.

Further investigation by the San Francisco Police Department’s Burglary Detail linked Kessler to the earlier burglaries. He was charged for all three burglary cases.

The case is still under investigation by the San Francisco Police Department.  . Anyone with information is asked to contact the SFPD Tip Line at (415) 575-4444 or text a Tip to TIP411 and begin the text message with SFPD. Tipsters may remain anonymous.