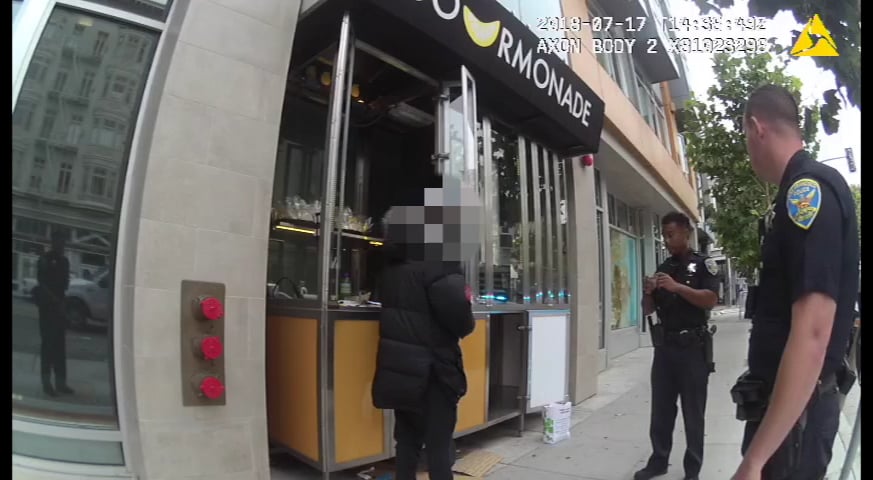 SAN FRANCISCO—The San Francisco Police Department issued a statement in response to a Valencia Street Burglary call that transpired on Tuesday, July 17. According to the SFPD, at approximately 7:36 a.m., officers were dispatched to the 800 block of Valencia Street after receiving a call of a possible burglary in progress at a local business. The caller indicated that the individual was removing items from a small, open door.

Four officers arrived on the scene and spoke to the person and determined he was the owner of the business. The encounter lasted less than three minutes. Links to body worn camera footage of that encounter are below.

“While we have no say over who requests our services, we do have a say over how we respond. The men and women of SFPD are committed to providing safety with respect to all of the people of San Francisco. It is the duty of San Francisco Police to respond to calls for service and we believe our officers responded appropriately and with courtesy to this call,” said the SFPD.

Video was released on the SFPD website, which shows the business owner speaking with officers, and one of the officers responding that “he has a key.” Officers are also asking for the owner’s driver license which he provides. Officers apologized to the business owner about the situation, who complied with all officer requests during the incident.