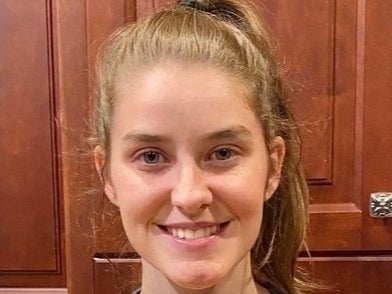 SAN FRANCISCO—Sydney “Syd” West, 19, was last seen in downtown San Francisco near Crissy Field on September 29. She was born in Chapel Hill, North Carolina, but was residing in California where she attended the University of California-Berkeley. According to the Orange County Sherriff’s Office, she was in San Francisco because she was staying with some of her friends.

West’s family and friends will be holding a vigil for her. According to the family’s Facebook page, they expect attendees to wear face masks, bring chairs, blankets, and hand sanitizer. The location of the vigil is at Lions Wayside Park located at 4401 First St. in Pleasanton. For those interested in attending virtually can do so at the following website: https://www.facebook.com/FindSydneyWest/. The family is planning the vigil for Thursday, October 22, at 6 p.m.

“We are asking anyone who has any information about our daughter Sydney to please contact the investigators. We are anxious to have our daughter found safe and brought home,” said Sydney West’s parents.

According to family and friends, the reason for the vigil is not to mourn Sydney, but maintain the energy to locate her. They will use the vigil to hold the media’s attention of her case.

West is 5 feet and 10 inches tall and weighs 130 pounds. She has blue eyes and light brown hair. She was last seen wearing long, dark leggings, a teal sweatshirt, and slip-on Vans in a dark green and black print.

She has been reported missing with the San Francisco authorities and entered into NCIC as a missing person. The San Francisco police transferred her case to the Missing Persons Section of the Special Victim’s Unit. Sergeant Michael Horan is the lead investigator.

The OCSD released information about her disappearance on Facebook. Anyone with leads or tips for the San Francisco Police Department is asked to call the SFPD 24-hour tip line, 1-415-575-4444. People can also use their cell phones to text TIP411, start their message with SFPD, and  type out the information for authorities to investigate.

Any resident of North Carolina with information about West’s whereabouts can contact Investigator Ashley Woodlief at (919) 245–2909.