HOLLYWOOD—We all know what winning an Oscar means. It’s the highest honor out there in the film industry, it’s a prestige. Let’s not forget, the goodie bags, the last few years they have been over hundreds of thousands of dollars. Two years ago, they received an equally swag bag worth a reported $100,000.

The Oscar stands 13.5 inches tall and weighs in at 8 1/2 pounds, and is plated in 24-karat gold, and made of solid bronze. It also takes about three months to make the 50 or so statuettes. The award itself costs about $400 to make, nothing compared to the goodie bags. It also means the winner’s pay increases by an estimated 20 percent. Male Oscar winners still make more, an estimated $3.9 million, while females can only expect about a $500,000 bonus. 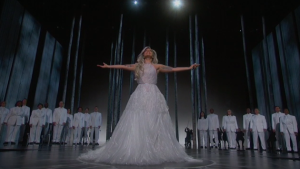 Winning an Oscar is all well and good. However, like everyone else in the world, this year’s awards recipients had to go back to work the following day. For Spike Lee, winner of the Best Adapted Screenplay for his film “BlacKkKlansman,” that meant heading off to South East Asia at the first opportunity.

“I’m on a plane tomorrow morning to Thailand,” the US film-maker told reporters on February 24. Thailand will stand in for Vietnam in “Da 5 Bloods,” which tells  the story of African-American war veterans returning to that country to locate the remains of a fallen comrade. Chadwick Boseman, the Black Panther himself, will star in the project alongside Delroy Lindo and “Leon’s” Jean Reno. Lady Gaga has her residency show in Las Vegas.

Best Actress winner, Olivia Colman will not have long to bask in the glory of her triumph, with the third and fourth series of “The Crown” shooting back to back. The Broadchurch star’s filming commitments forced her to miss a number of award shows. That’s the price of landing the plum role of Queen in Netflix’s royal saga. This year will also see the release of “Them That Follow,” a drama set in the Appalachian Mountains in which she plays a member of a Pentecostal church that adheres to the religious practice of snake handling.

Best Actor winner Rami Malek doesn’t just have an Oscar on his mantelpiece for playing Freddie Mercury in “Bohemian Rhapsody.” He also has a fourth and final season of “Mr. Robot” in the can that will air at some point this year. He will also provide the voice of the gorilla called Chee-Chee in “The Voyage of Doctor Dolittle,” a reboot of the old “talk to the animals” fantasy starring Robert Downey Jr. that will arrive in cinemas in early 2020. Regina King, winner of the Best Supporting Actress statuette for “If Beale Street Could Talk,” also won’t be giving up the small screen anytime soon. The three-time Emmy recipient has a role in a new TV version of beloved comic book “Watchmen” that will see her act alongside fellow Oscar winners Jeremy Irons and Louis Gossett Jr.

Ratings for the Oscar’s this year were up, the broadcast averaged 29.6 million viewers-an increase on last year’s audience of 26.5 million. Instead of using a host, the Academy had celebrities – among them Daniel Craig, Julia Roberts and Dame Helen Mirren – announce each category. Don’t get used to it, as a host may be back for next year’s ceremony. Imagine what would have happened if Envelopegate had happened this year and they didn’t have a host. Back in 2017, “La La Land” was accidentally named Best Picture instead of “Moonlight.”

Hollywood’s stars delighted in their victories and nursed their after-party hangovers. Following their sizzling duet of “Shallow” during Sunday’s telecast, Gaga praised her “A Star Is Born” co-star and director Bradley Cooper as an “artistic genius.” Gaga, who won Best Original Song for “Shallow,”posted a picture of the pair on Instagram celebrating their moment on stage together. She also went to Madonna’s party, obviously, since they took a picture together and seems they have patched things up. The pair’s on-off feud began in 2011 after Lady Gaga was accused of copying Madonna’s 1989 hit “Express Yourself” in her single “Born This Way.” Since then, the ladies have exchanged not-so-nice comments, but it seems that’s now all water under the bridge.

Rose’s Scoop: What’s better than the Oscars? The after-parties of course, with all the hard work done and dusted, the Oscar after-parties were a chance for celebrities to let their hair down. Melissa McCarthy and husband Ben Falcone decided to keep it casual, while J-Lo and partner A-Rod went the glamorous route. Rather than donning a standard tuxedo, Pharrell Williams, Chadwick Boseman and Sir Elton John opted for more daring looks. Meanwhile, Tiffany Haddish, Chrissy Teigen and Lupita Nyong’o showed that birds of a feather party together.