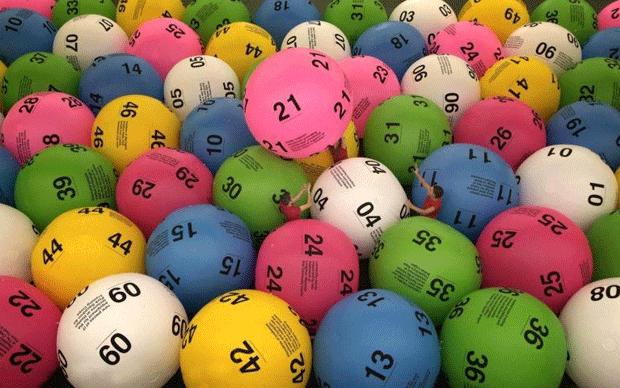 UNITED STATES—While both on and offline gambling has a checkered history in the US, lottery gameplay has been enduringly popular for years now.

This is particularly true in the sunshine state of California, where players have access to a broad range of iconic lottery draws including its own ‘Super Lotto Plus’ lottery that’s exclusive to the residents of CA!

We’ve published a detailed guide to CA lotto results and draws at lotteryamerica.com. In the article below, however, we’ve listed some of the best lotteries in California and the odds of winning the jackpot for each one.

The California’s Super Lotto Plus Draw

We’ll start with California’s own state lottery, which is a traditional and relatively old-school game that’s completely exclusive to the sunshine state.

It’s played twice weekly every Wednesday and Sunday, while a single ticket will cost just $1 of your hard-earned cash. This creates a fun and immersive game that doesn’t cost the earth to play!

Ultimately, there’s a top prize in play here of $27 million, which can be won (or at least shared) when you match five successful numbers and the ‘Mega’ ball. This huge prize consumes most of the cash available through the lottery, with the next best result of matching five numbers triggering a total payout of just $12,040.

Clearly, this isn’t the biggest or most generous lottery available in CA, but it is among the cheapest to play and offers relatively competitive odds of winning the major jackpot.

More specifically, you have a one in 42 million chance of winning the Super Lotto jackpot, which compares favorably with many of its rivals.

So, playing the Super Lotto is among one of the most popular activities in California, and one that can deliver some genuine rewards over time!

Next up is the single most popular lottery game in the US, and one that dominates the way in which most players stateside spend on lotteries.

To provide some context, recent research suggests that lotteries account for around half of the $160 billion generated through legal gambling each year. Of this, the majority is spent on the Powerball Lottery, which is available in 45 states including California.

This game is also drawn twice weekly every Wednesday and Sunday, while the cost of a ticket is $2. So, playing this lottery is twice as expensive as California’s own Supe rLotto draw, and it’s important to factor this in if you play regularly and twice weekly.

While the jackpot prize is advertised as $40 million, it does allow for rollovers and can see its payouts increase markedly depending on participation. Because of this, it delivered the biggest ever US lotto jackpot payout in January 2016, when one lucky player banked a cool $1.586 billion!

Ultimately, the chances of winning the Powerball Lottery jackpot is one in 292,201,338, which represent long odds by anyone’s standards. However, there’s a healthy one in 24.9 chance of winning one of the lotto’s other prizes, so it’s arguably worth playing if you’re based in CA!

The Mega Millions lottery is also played in 45 states throughout the US, and is considered alongside the Powerball draw as the most popular and iconic in the whole of North America.

In fact, the twice-weekly Mega Millions lotto is drawn every Tuesday and Friday, in order to avoid clashing with the national Powerball draw and make it more likely that players will participate in both lotteries.

In 2018, this lottery also delivered the second-largest single jackpot payout of $1.537 billion to one lucky ticket holder, as the prize fund will be carried over and enhanced every time there isn’t a winner. So, California residents can potentially pursue some huge prizes when playing Mega Millions, making it a staple of many local gambler’s weekly activities.

The setup here is identical to the Powerball draw, as players are tasked with drawing five numbers and a single golden Mega Ball at random. The average jackpot here is estimated at around $40 or $42 million, but it’s interesting to note that the most recent draw saw potential winners share a total jackpot payout of $440 million.

Interestingly, the odds of winning the Mega Millions jackpot are slightly higher than the Powerball at a shade over one-in-302.5 million. This may be because the game is slightly more popular, but it’s definitely widely played in California.

Unlike the other draws on our list, however, Mega Millions features some huge second-tier prizes.

Your odds of winning this prize are much better, while these highlights are a more equitable distribution of cash throughout the draw!

What Are The Qualifications To Teach English Online And Abroad?