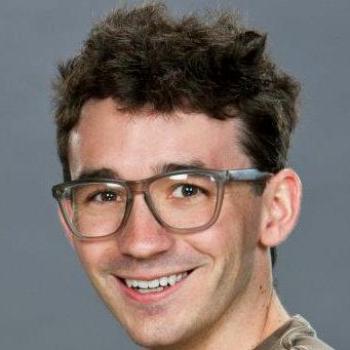 HOLLYWOOD —I’ll be the first to admit it “Big Brother 14” was a bit of a boar the first few weeks.   It was nice to see some fan favorites like Janelle, Mike “Boogie,” Dan and

Britney rejoin the game, but it wasn’t until the coaches got the opportunity to “play” that things got exciting.    I wonder how things would have turned out if the coaches

didn’t enter the game.   Once the coaches came aboard, it took backstabbing to new heights and it became the season of blind slides.   First Janelle, then Boogie, Frank,

Britney and ultimately Shane, leaving are final three Ian, Dan and Danielle.   There could be only one winner and that person is Ian. Yes, the geeky, social outcast was able

to defeat master manipulator Dan, with a 6-1 vote.

The finale gave audiences a look at the first two parts of the Head of Household competition.   Danielle was still reeling from the betrayal that Dan delivered to her by evicting

Shane; you had to see it coming.   Dan knew if it was a final three between himself, Danielle and Shane he would be cut.   It was an endurance challenge and in my opinion

Danielle should have been victorious; she should have fought to stick it to Dan, but for some absurd reasoning Ian and Danielle decided to throw the competition to Dan.

If either were smart they would have conversed and focused on winning rounds 1 and 2 so that Dan would be at there mercy.   He would be making deals with both, forcing

Ian for some reason did not realize the truth, until after the jury began to question them.   It was then that he discovered that Dan had a final two deal with Danielle, even after

he gave Ian his grandfather’s chain.  In my personal opinion, that was the moment that sealed Dan’s fate.   The jury was already upset with him, but it just made him come

across as even more ruthless and dirty player. Dan was here to win $500,000, but in the end his loyalty cost him.   If he had not thrown that final challenge, which I

absolutely believe he did, he could have taken Danielle to the jury and won the game.    The jury even admitted that Danielle was primarily riding along with Dan, she hadn’t

really made any major moves in their opinion; Dan made them for her.

Ian solidified his win by delivering a speech that will go down in “Big Brother” history as one of the best.   Instead of taking the high road, he chose to play at Dan’s level.

Revealing all of his dirty deeds and highlighting his accomplishments.   Dan’s speech came across a bit rehearsed, had he just went with the moment things could have

turned out differently.   It was a highlight to see both Ian and Dan take jabs at each other while they were being asked questions.

I must say it was a highlight when host Julie Chen brought out evicted houseguests Janelle, Mike, Wil, JoJo, Jodie and Kara.   Janelle hit it right on the money; Dan played

a phenomenal game.   She even labeled him “one of the greatest players of all time” and it would be a travesty if he did not win.   To be honest she’s right, he played the

most strategic game, but what cost him was his use of religion.   If that was not in play, Dan would have won the game easily.   Mike congratulated Ian’s game play and Wil

said what everyone else was thinking “don’t be made at the lies, because you fell for it.”   It’s a game!

Julie had one more surprise up her sleeve for the night, by awarding Frank $25,000 as America’s Favorite Houseguest.   I knew it was a race between him, Janelle and

Britney.   Frank fought hard in that house and absolutely deserved it.   Well BB fanatics, the summer’s guiltiest pleasure is over. Don’t be sad it’s already been announced

“Big Brother 15” will happen next summer.   Fingers crossed for an all-stars edition we need it quack, quack.