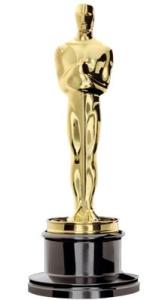 HOLLYWOOD —The awards season is in for a huge surprise come January 2013.   On September 18, it was announced by the Academy of Motion Picture Arts and Sciences that the 2013 Oscar nominations will take place on January 10, 2013.   That’s five days earlier than expected!

It will be interesting to see how knowing the Oscar nominees before the Globes will have an effect on potential winners not just for the Golden Globes, but also for the Screen Actors Guild Awards.    While nominations for both the SAG Awards and Globes take place in December, Oscar nominations in the past have taken place usually the week after the Golden Globes ceremony.

Industry insiders are well aware that the both the Globes and AMPAS have different voting pools, but similar nominees turn up for both award shows.   Perhaps not knowing the winners of the GG ahead of time will create a more competitive race this Oscar season as no clear-cut frontrunner will have been crowned at the time.   I’ve always stated not all critics and members have to agree on whose the best of the best just because everyone else says so.

It also places films released in early January at risk because of a rush to see them.   While nominations take place on January 10, voting ends on January 3.   Anything that does not come out before that time has less of a chance being seen by voters.   In other words, little to no Oscar love.

Well it looks like for the first time in a long-time the 2013 awards season will be full of surprises!