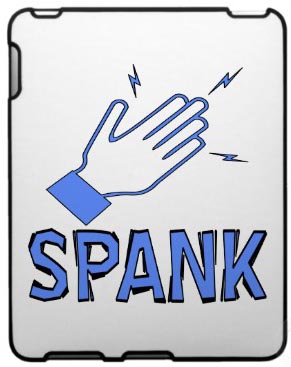 UNITED STATES—It’s a debate that has been ongoing for generations.  When it comes to disciplining your child what is the best approach: to spank or to not spank?  I will be the first to admit it, when I was a kid we got spankings.  If you did something wrong a quick tap on the bottom or a pop on the hand was a signal not to do it again.

Now let’s be clear, a spanking is not a beating; under no circumstance should any child endure that.  A spanking is a brief indicator to alert the child what he or she just did is not to be done or said ever again.  Studies have shown that children that receive spankings turn out to be more aggressive and physically violent.  As someone who holds a psychology degree, there is some truth to that claim.

My younger brother got spankings quite often as a kid, but I have noticed as an adult he has a bit of a temper.  As a kid he did not have a temper, he was just quite rambunctious to say the least.  So some would argue the spankings gave him a verbal onslaught when his emotions get the best of him.  On the other hand, I know quite a few people who got spanked as kids and they can be some of the sweetest people in the world.  Spanking a child does not necessarily make them more aggressive, in my opinion it keeps them in line.

Then you have those who refuse to discipline their children by spanking, instead they decide that timeouts are the best method of discipline.  The issue that I have with timeouts is that I tend to see many children who become even more out of control.  They have a disregard of respect for authority (primarily their parents).  Sometimes those children turn out to be disrespectful, spoiled brats and clingy to their parents.

I can not explain on how many occasions I’ve seen children throw tantrums in public and the parents simply allow them to do so.  Whether the parent chooses to spank or not is their decision, but to not address the situation only makes it progressively worse.  You’re letting the child know that he or she can get away with it, and they will continue to do so until told otherwise.  Waiting too late to chose to discipline only makes it harder.  The child no longer respects you as an authority figure.  No child should be afraid of their parents, but they should indeed respect them.
Spanking a child is a form of discipline that has been used throughout generations and in my opinion it explains why some people are respectful of their elders.  Unfortunately the current generation of children those born in the late 80s, early 90s and present era carry little respect for the adult.  They see the adult as a provider and only that, nothing else matters in their eyes.  Give me what I want and leave me alone.  The world does not work that way and without some sort of discipline (whether you spank or use timeouts), a child fails to understand that certain things are not okay.

This is a debate that will be ongoing for ages, but let’s make one thing clear to spank a child is not abuse, a pop on the hand or the bottom is a form of discipline, a way of sending a message to the child.  It grabs the child’s attention right away without any hesitation. There are pros and cons that involve spanking, but the key is to not overdo it.