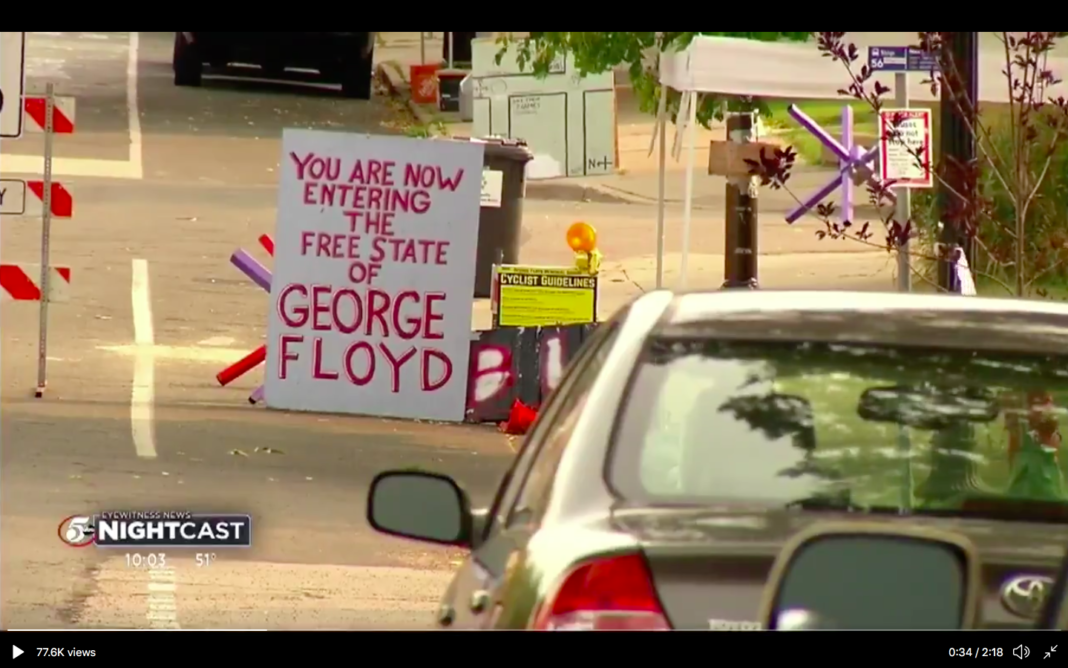 MINNEAPOLIS, MN—Authorities indicate that first responders were delayed in giving medical assistance due to the alleged ‘Autonomous Zone’ that surrounds George Floyd square. The owner of Mill City Auto Body, said he was beaten unconscious and robbed by someone who came from the autonomous zone on August 5. Out of concern for his safety he asked to only be identified by his first name, Dan. Since the incident, Dan and his wife have discussed with the press his experience.

The barricaded zone makes up four-blocks that surround the site of George Floyds death, which is now officially George Floyd’s Plaza. Signs read: “You are now entering the free state of George Floyd.” Authorities indicate that their entrances into the zone are often untimely, but they still often patrol the area which makes the area not an official Autonomous zone.

“I had a broken cheekbone, teeth missing, stitches in my head and I was knocked out,” Dan told KTSP News. “It took police and the ambulance a very long time to get here because they had a hard time getting inside the barricades,” he added.

A police report obtained by the KTSU news indicated that first responders entrance into the zone was impeded with threats met from a crowd guarding the area. Citizen’s have reported that the police reports are untrue. 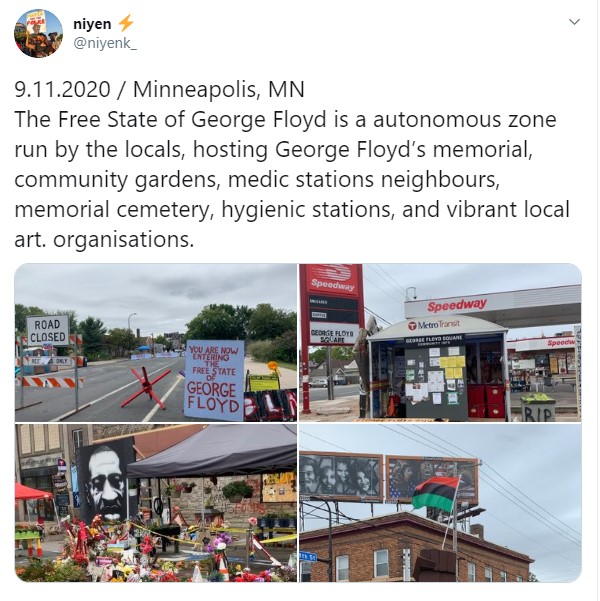 Brandon Straka Is Arrested For Being At Capitol Riots

“Big Sky” Is Back For More Drama!