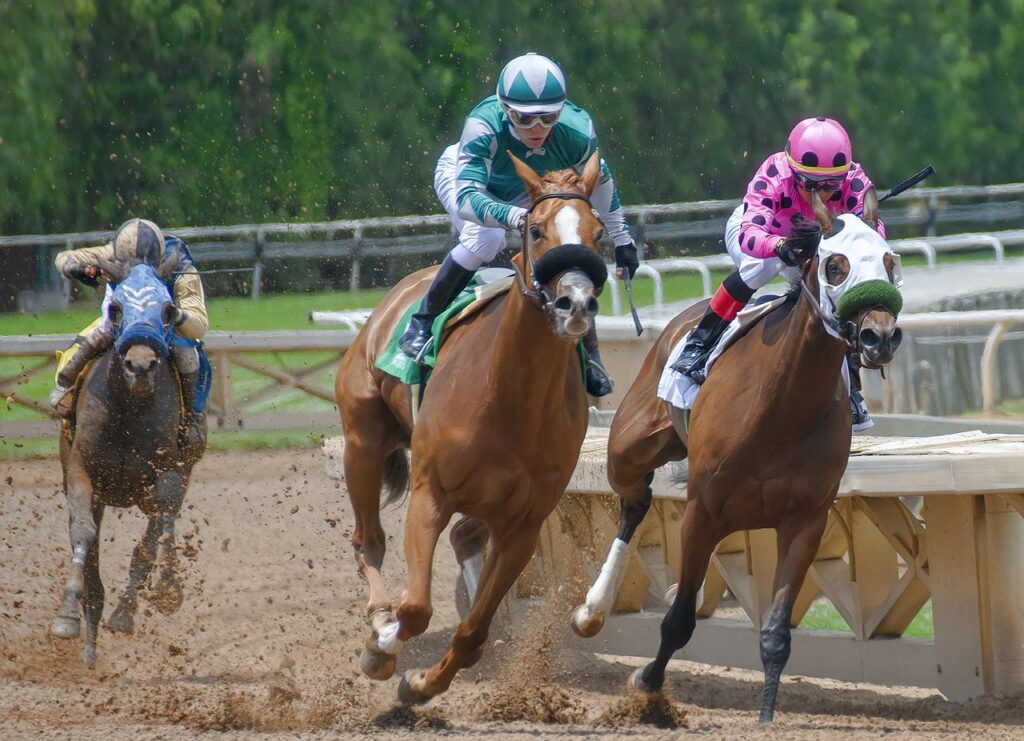 UNITED STATES—Horse racing is an excellent example of how man and beast can work together to achieve a common goal. With the horse’s physical strength and the jockey’s skill, they can come first and emerge victorious in a race. However, this article won’t be about both of them. Instead, we will be focusing on the abilities or signs that you can see from a horse that makes it a winner.

Like any other sport out there, there is no accurate way of telling the outcome of a race. No matter how many equations you make or how many fortune tellers you go to, there is no way for you to guess accurately.

However, there are some signs that you can see in the horses themselves that give off their upcoming performance in the race. And with these signs, you can have an informed guess on which horse will win. But what are these signs? Are they accurate enough? Will they make you win? Read on further to find answers to these questions.

If you’re looking to start your research, a good first step is to look at the horse’s track record. Generally, a consistent horse finishing first, second, or third in its previous races is a good pick. But you have to make sure that those races are recent, or else this information would be highly irrelevant.

Not only that, but you also have to consider the factors that made the horse finish in the top three in its recent races. For example, maybe the track surface is synthetic, or the weather must be excellent. These things will help you gauge how well the horse will perform in the upcoming race.

Different thoroughbreds have their preferences and do well in specific types of races and track surfaces. Some horses do particularly well on a circular track, while others do exceptionally well on straight lines. Also, some thoroughbreds are heavy-footed, and some are light-footed.

Why is this important? It’s because either of those factors can affect horses heavily on specific track surfaces.

For example, if the track surface is dirt, heavy-footed horses are at a disadvantage. This is because they have potent steps, which make their hooves burrow into the dirt, reducing their speed. It’s especially true when it’s raining.

Light-footed horses have no problem running on dirt since their hooves don’t burrow as much. However, they do pretty well on synthetic track surfaces but not as well as heavy-footed horses. With so much power in their steps and having no obstacles when running, their speed is greatly enhanced.

Days Since the Previous Race

Just like human athletes, horses also need rest to stay in tip-top shape. However, many bettors, both veterans and newbies alike, think this factor is trivial in betting when it’s a crucial factor in a horse’s performance.

The number of days a horse is rested is crucial since it signifies how well-rested a horse is. A horse that rested for too many days can make it more relaxed and lazy to race, while a horse that hasn’t rested enough will be very fatigued.

That said, how many days should a horse rest to stay in shape? It would be between 30 to 60 days. If a horse has rested for a long time, it will take 1-2 races for the horse to return to its peak performance.

Have you ever heard the saying, “Never expect a horse to do something it has never done before?” It’s sound advice, and it has substance behind it.

If a horse has never won a specific race before, say the Preakness, for example, you should not expect the horse to win it all of a sudden. Yes, there’s a little chance, but don’t count on it too much. However, when a horse has won the Preakness at least once, it has a fair chance of winning it again.

Racing forms often have this information since it includes the track record of the horses, which is a good way of predicting a horse’s performance. And if the track surface and the weather are in line with the horse’s preference, then you better expect that your chosen horse to do good and even win the race.

One of the benefits of going to the races is seeing the horses in the paddocks and on their way to their starting positions. Once you can see them, you can take note of their behaviors, which mostly signifies their preparedness for the race.

A horse pacing too much and seeming irritable and nervous can mean that the horse is not ready to race. On the other hand, a horse with a steady pace and looks calm and collected means that it’s prepared to run on the field.

With these signs combined, you can accurately predict that a horse would do well in the race. However, it doesn’t mean that it would win. It just has a fair chance to emerge victoriously. It’s still down to luck and a little bit of research to bring home the betting prizes.

FIFA World Cup Winners: 5 Countries With The Most Titles

The Evolution Of Ice Hockey

Rams And United Way To Host 5K On November 12