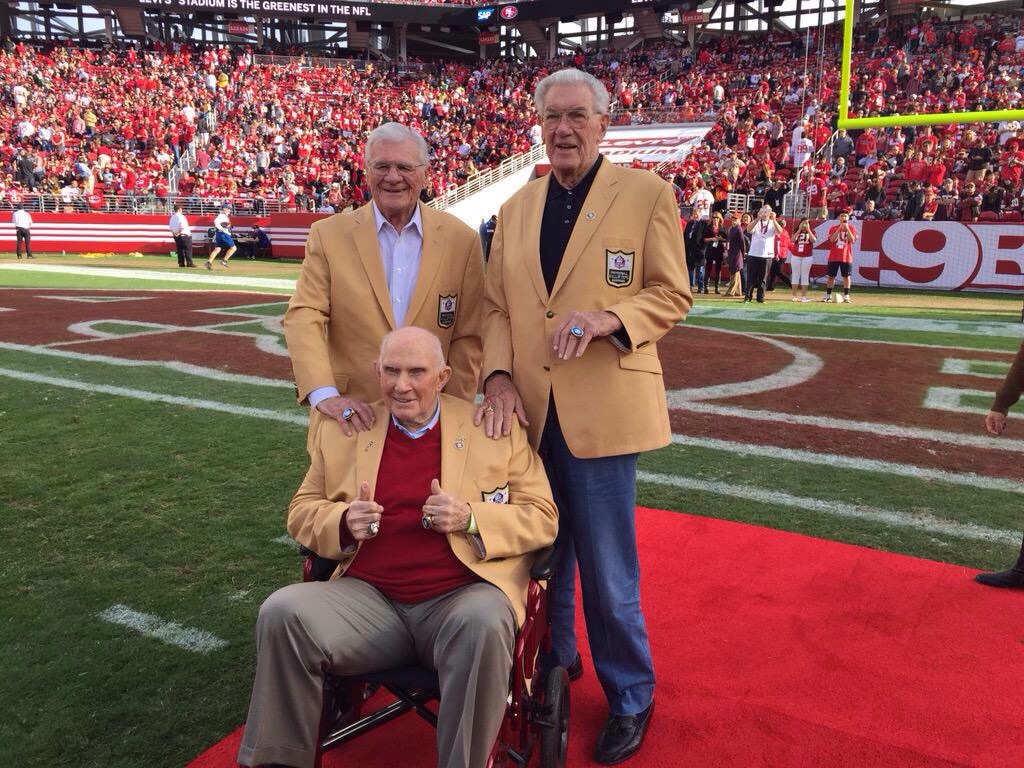 St. Clair was a Bay Area sports phenom before his NFL career began, as he and fellow Hall-of-Famers Gino Marchetti and Ollie Matson formed the core of the legendary University of San Francisco Dons team that went unbeaten in 1951.

Following his collegiate career, St. Clair was drafted to his hometown Niners. An All-NFL athlete nine times over, he was selected to five Pro Bowls and paved immense running lanes for the likes of Hugh McElhenny, John Henry Johnson, and Joe Perry.

“Huge loss for the #NinersFamily,” San Francisco General Manager Jed a York wrote on Twitter. “We will miss you Bob St. Clair #RIP Thanks for so many memories. Thoughts and prayers go out to Bob’s family.”

At 6 foot and 9 inches tall, St. Clair was and still remains one of the tallest athletes to ever compete in the NFL for a prolonged period of time. In the kicking game, St. Clair’s coaches didn’t hesitate to employ him as a deadly weapon, one that would tower over the line of scrimmage and swat away would-be field goals like flies.

His monstrous frame made him a natural lightning rod for attention, garnering him a handful of film appearances, nick names, and a reputation for regularly eating raw animal flesh.

Beyond the gridiron and the silver screen, St. Clair was a politically active Bay Area resident, whose playing career overlapped with a term as mayor of Daly City between 1961-62. Following his year as mayor he went on to serve several terms on the Daly City City Council.

In passing, St. Clair will be remembered as a tough-as-nails athlete, a true warrior whose decorated NFL career didn’t overshadow the person he was beyond the gridiron. A model for modern athletes to come, St. Clair offered an example of a dominant professional athlete who desired and eventually succeeded in becoming far more than a physical specimen for hire.