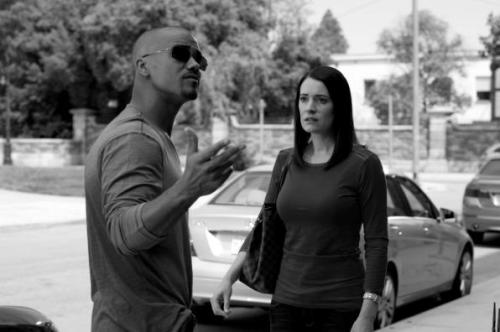 HOLLYWOOD —I’ll be the first to admit it; there’s not much on CBS that I watch.   Of all the shows perhaps only 2-3 are on my must see list.    One that makes the list is the clever “Criminal Minds.”   The premise of the show follows several profilers from the FBI’s Behavioral Analysis Unit that dives into the mind of the criminal and pinpoints what makes them tick.

The cast for the drama has been up and down during its seven seasons on the air, but the core group now includes Aaron Hotchner (Thomas Gibson), Derek Morgan (Shemar Moore), David Rossi (Joe Mantegna), Jennifer Jareau (A.J. Cook), Emily Pretniss (Paget Brewster) and Spencer Reid (Matthew Gray Gubler).

What makes “Criminal Minds” in my opinion a superior crime series is the fact that each of our characters are flawed or have experienced a trauma in their lives that have brought them together.   Morgan was a victim of child molestation, Reid has a mother who suffers from schizophrenia, both Rossi and Hotcher lost their wives and Pretniss survived a close call with death.   Those events bring the members of the BAU closer.   Viewers would think with so many cast members it would be hard to connect with all of them, but that’s not the cast.

With each case there appears to be a connection to one of the main characters.   The team’s ability to profile a criminal, to investigate their upbringing, criminal background and psychological development to make sense as to why they do what they do is an intriguing factoid of the drama.   With so many crime series out there is difficult to distinguish one from the other.   The BAU has tracked serial killers, abductors, arsonists, bank robbers and rapists all with varying motives to explain their behavior.   What draws the audience in is the need to know “why.”    Knowing the culprit isn’t enough, we have that unwavering quench to have an explanation behind the horrific events.

Some of the episodes at times are tough to watch.   Who can forget about the case that touched home for Morgan that involved a man who was kidnapping young boys and after a period of time he would bury them alive.   It was indeed a case where time was the crucial element. Or perhaps fans will remember the episode that forced Reid to recall his tumultuous childhood after being held captive by a sociopath.   The audience becomes heavily attached to these characters because we know so much about their lives; we’re invested in them.

Just re-watching the season seven finale has me eagerly waiting for the season eight premiere.   That bank robbery episode was exciting, but terrifying at the same time.   The ruthlessness of the culprits placed everyone’s life at stake and the cliffhanger for Part 1 was even that more exciting.   That explosion left me gasping.   By now audiences are well aware that series regular Paget Brewster is leaving the series, but she will be replaced by Jeanne Tripplehorn as seasoned FBI linguists Alex Blake.    It will indeed be tough to watch the series without Brewster who is a staple, but every so often new blood has to be introduced to keep the series fresh and appealing to fans.

For viewers looking from a clever, intelligent and fascinating crime show to watch “Criminal Minds” is not to be missed. The new season premieres Wednesday, September 26 at 9pm on CBS.   I know I’ll be watching will you?