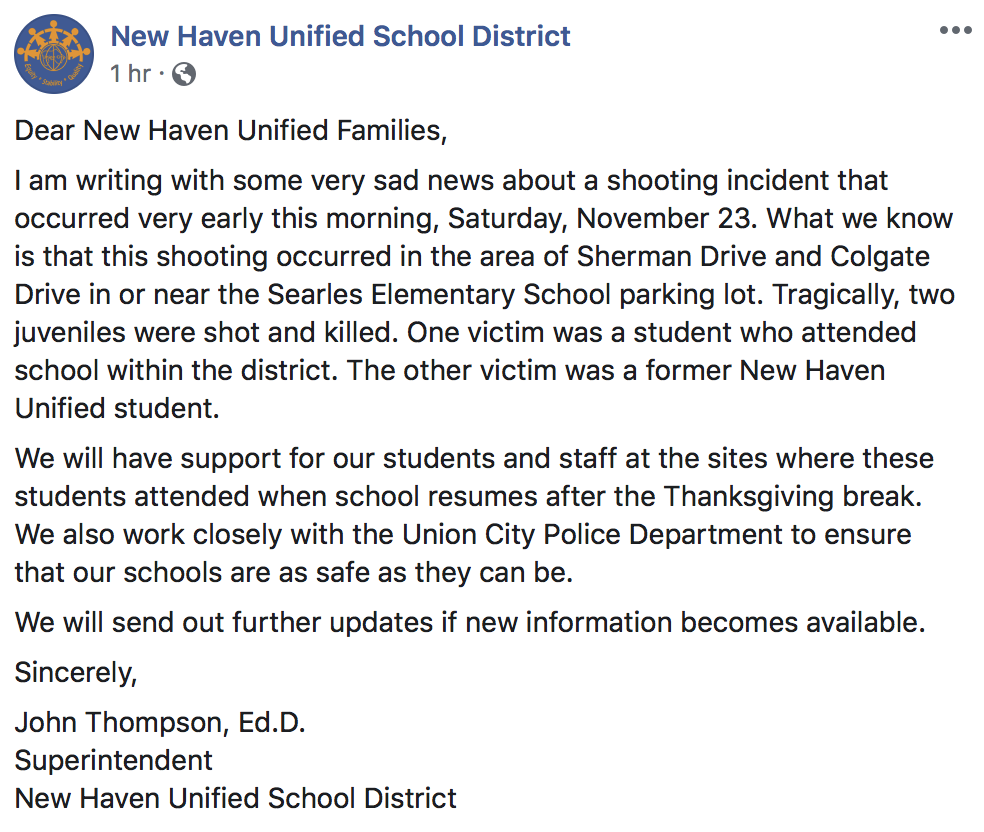 UNION CITY—Authorities are investigating a fatal shooting that occurred in the parking lot of Searles Elementary School on Saturday, November 23.

Calls came into the Union City Police Department with reports of gunshots around 1:26 a.m. near Sherman and Colgate Drive. Upon arriving on the scene, officers found two male victims in the school parking lot suffering from gunshot wounds. One of the victims was pronounced dead at the scene. The other victim was succumbed to his injuries while being transported to the a local trauma center.

The names of the victims have not been disclosed to the public. John Thompson, superintendent of the New Haven Unified School District indicated in a statement that one of the victims was a student and the other was a former student.

“We will have support for our students and staff at the sites where these students attended when school resumes after the Thanksgiving break. We also work closely with the Union City Police Department to ensure that our schools are as safe as they can be,” said Thompson.

Authorities are still searching for the suspects and investigating the scene. Anyone with information on the incident is asked to call Detective Joshua Clubb at (510) 675-5227.

Father And Son Rescued From Cliff