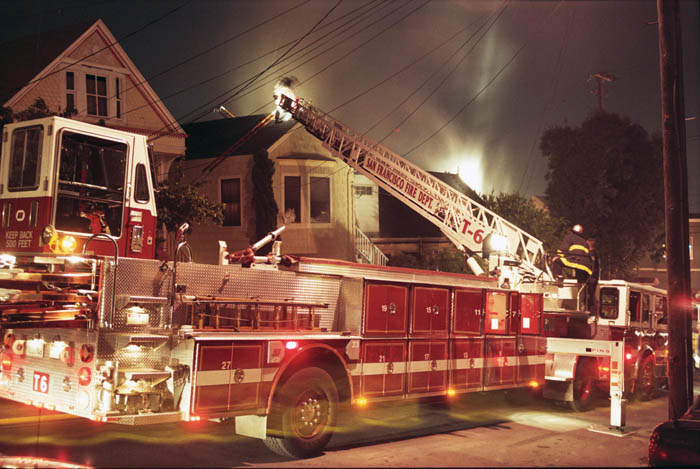 SAN FRANCISCO–On Monday, August 24, firefighters responded to a fire that engulfed a residence in theMission District.

Officials were contacted around 11:07 p.m. on Monday to a home on 628 Shotwell Street. The flames spread to a neighboring building at 634 Shotwell Street. It was reported that the fire could be seen from the top floor of the three-story building that housed elderly individuals.

The house that caught ablaze is known as the Lorne House, which is an assisted living facility for the elderly. This is the second branch of the Lorne House and who gained its license in July 1997. The first branch of Lorne House is also located in San Francisco. This branch is licensed for five beds, when the state average is usually 15.

Firefighters were able to contain the flames by 12:33 a.m. Tuesday morning and residents of both houses were able to escape the fire without injury or incident. One resident was taken to the hospital to be treated for smoke inhalation. The residents received assistance from the Red Cross.

The cause of the fire is still being investigated by local officials.