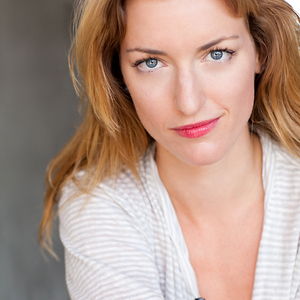 HELLO AMERICA!—Through the years I’ve interviewed dozens of young actors. Most were living in fantasyland somewhere, believing all they needed was just one film or show and they would be on their way to “stardom.” Jennifer Goebel is definitely not one of these dreamers. She is simply an actress, but a realist!

MSJ: What drives you most in being an actress, especially in a town like Hollywood?

JG: The energy of the town,….& the vibe,….I absolutely Love Los Angeles. The creative energy all around me inspires me. And my drive comes from my passion for acting.

MSJ: Who or what influenced your decision in becoming an actress?

JG: I was first influenced when I was a small child sitting down near the television and I saw Judy Garland sing ‘Over the Rainbow’ in “Wizard of Oz” and I knew at that moment that’s what I wanted to do too when I grew up.

MSJ: Where do you fit in as far as the kind of film roles offered in the business?
JG: I feel that I am a real, true actor in the sense that I can play almost any role. I know people don’t like to hear that. And they want to type-cast actors especially in the beginning I’ve heard. But it’s the truth. And so far, in the beginning stages of my career, it’s what I’ve done. I mostly like to play comedic or bad-ass, strong, crazy characters. If they want to type-cast me, then I’d say type-cast me as the crazy, evil villain because it’s so much fun to play.

MSJ: Is Hollywood beginning to treat “women” much better in the business, if so how?

JG: I think women are being treated more fairly but there’s still some slight sexism that I’ve still experienced. I’ve been told that I couldn’t read for shows because it was male-driven still and there were not parts for me. I think that lately within the past couple of years we’ve seen a lot more women producers, female-driven movies and tv shows though. I directed a short film and I produce but I find sometimes it’s hard for men to take me seriously initially. But after awhile, once they get to know me, they then take me very seriously.

MSJ: How has being an actress made you a better or a more understanding woman or human being?

JG: I think before I got into acting more seriously I was always an understanding, good person. I think that by doing things such as casting, producing, directing and writing it has allowed me to be much more understanding of that part of the business. I’ve lived a lot of different lives, experienced different jobs and seen a lot so I think all those experiences in my life has helped shape my acting and my understanding of lot’s of different people. I’m a very empathetic and sensitive person. I feel and sense a lot and it helps me be a better actor too.

MSJ: What kind of films make the greatest impact on the way you perceive life?

JG: I think films based on real life probably do. I like to watch documentaries too. I think all kinds of films make an impact on me in my life and the way I perceive it.

MSJ: Has the way you grew up affected the approach you have when creating a role or character?

JG: I was raised as an only child. I have no siblings. So I spent some time by myself, entertaining myself as a child. I think it helped me develop a good imagination. And as I said before I’ve had a lot of different life experiences and met a lot of different people to help create characters.

MSJ: If you had one choice of selecting an actor to work with who might that be and why?

JG: I think I might get my opportunity soon. I would love to work with Oscar and Emmy award-winning actors. If I had to pick just one though, I would have to select Leonardo DiCaprio. I’ve seen every movie he’s ever done. We share the same birthday and I’ve always loved watching him in all his movies. He’s one of my favorite actors by far.

MSJ: When you’re alone and you look in the mirror, who and what do you see?

JG: I see someone who’s a very curious, adventurous person, crazy, slightly mischievous, determined, strong, and who loves to have fun. I’m very much in love with myself. I’m not vain, but I am confident and truly love who I am. I also see a very independent, strong-willed person.

Hollywood To Return With Even More Zest!

Katerina Khramova Knows Who She Is